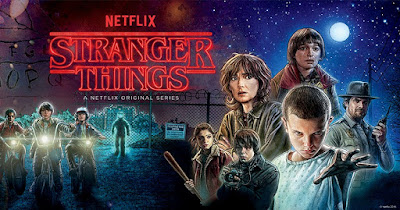 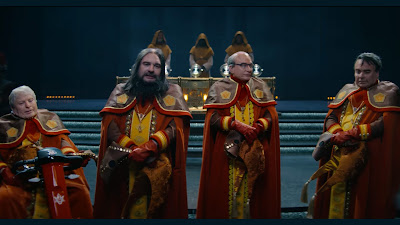 Posted by Pop Culture Lunch Box at 12:58 PM No comments: 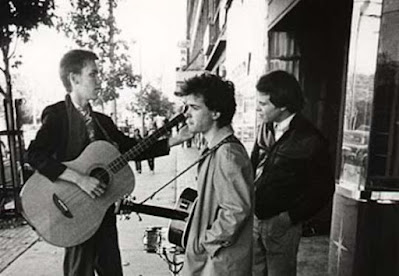 MOJO Magazine recently told the story. Here are the highlights:
Posted by Pop Culture Lunch Box at 5:16 PM No comments: 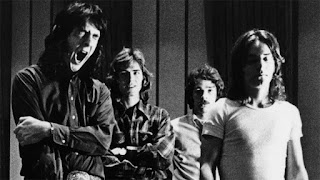 Big Star has a deep and fascinating catalogue as arguably the founders of power pop (if you for some reason don’t include the Beatles, Stones, and Who). Further, the Nashville band was the bridge between those legendary groups and the explosion of power pop in the 80s, with the likes of the Replacements and R.E.M. MOJO Magazine recently had a great feature, and here of the best info nuggets from it:
Posted by Pop Culture Lunch Box at 2:52 PM No comments: 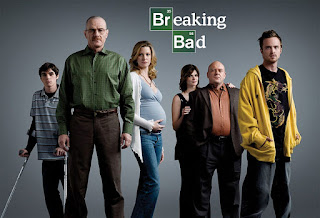 TV Show of the Month: Breaking Bad (Netflix): It took several years to finally finish, but once my 14-year-old son binged the whole series in a few weeks, I felt obliged to rip though the firth and final season. The Walter White story is one of the best TV shows ever. It's the story of a non-descript nobody played by Brian Cranston (the dad from Malcolm in the Middle of all people) turning into a family-loving, carwash-owning monster who can control cartels, neo-Nazis, the DEA, and the CIA. Gripping at every turn, all the way through the end. 5 out 5 stars

Stranger Things Season 4 Part 1 (Netflix): This show just keeps chugging along and perhaps getting better and better. The kids are almost no longer kids anymore as they fight creative new monsters and Hooper attempts to escape a Russian prisoner work camp. Can't wait for next month's release of the second half of the season. 4.5 out of 5 stars 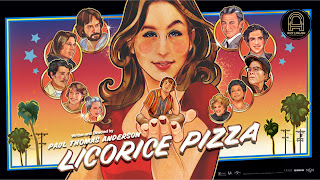 Movie of the Month: Licorice Pizza (Lufthansa flight): This coming-of-age tale is among Paul Thomas Anderson’s great films, like Boogie Nights, Magnolia, There Will Be Blood, and Punch-Drunk Love. His strength is never plot, but rather great vignettes that, when tied together, begin to form intriguing character studies. Alana Haim is mesmerizing as the older girl serving as the object of Cooper Hoffman’s affections as they swindle the likes of Bradley Cooper, Sean Penn, and other big stars throughout picturesque Los Angeles. 4 out of 5 stars

The Lost Daughter (Lufthansa flight): Olivia Colman plays a selfish mother who reflects on her youth while vacationing in a small beach community. The flashbacks show how she left her new family to carry out an affair with another star of the Italian translation academic community while the present shows her subtlety sabotaging another young family led by mom Dakota Johnson. A minor story but a dark and moving take on the complexities of having children and the loss of freedom it causes. 3.5 out of 5 stars

Novel of the Month: Swimming Home by Deborah Levy: I wanted to read something kind of set in the Tuscany region of Italy while traveling there this month, and I thought this was, but it turned out to mostly take place in the South of France. That said, what I imagined the swimming pool, one of the story’s protagonists, to look like in my head turned out to be exactly what my swimming pool in Tuscany looked like. All that may be a bit more interesting than this book, which is a minor but entertaining and quick tale of a poet who has an affair with a young, usually naked, muse right under the glare of his wife, daughter, and friends. Odd but better than ok. 3.5 out of 5 stars

Being the Ricardos (Amazon Prime): Nicole Kidman and Javier Bardem are compelling as the leads in this talkative Aaron Sorkin vehicle. It tells the story of Desi Arnaz saving Lucille Ball's neck from a rumor that she was a Communist, while their marriage and sensational TV show wound down. 3.5 out of 5 stars

Death on the Nile (Hulu): I love Agatha Christie novels, but this production with Gal Gadot and Kenneth Branagh was pretty unwatchable. Couldn't finish it. No rating.

Posted by Pop Culture Lunch Box at 12:45 PM No comments: 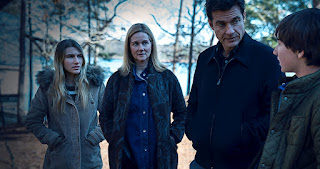 TV of the Month: Ozark (Netflix): I’m sad to see this come to an end, and what an explosive ending it is. I place this among my favorite dramas, right up with the likes of Mad Men and Friday Night Lights. Jason Bateman’s Marty Byrde is the picture of stability as he and his wife Wendy fight through an endless serious of hoops to get the drug cartels to leave them alone and let them go about their hillbilly embezzlement schemes. 5 out of 5 stars

The Beatles: Get Back (Disney+): This Peter Jackson epic documentary may not be for casual fans, but it placed me, a diehard, into the seat of all those band practices and meetings I was part of in my 20s with my various bands like Dirt Loaded, Birmingham Squadron, Monotremes, and Fine Wine. It’s hard work being in a band and keeping it together. You can see Paul bordering on impatience while John and George goof off during recordings of “serious” tracks like Let It Be and The Long and Winding Road. These guys loved each other. There’s no doubt. Their serious professionalism is ultimately what kept them together for a decade, and it’s a beautiful thing to witness, even if this was after their prime, if it can actually be said that The Beatles had any time that wasn’t their prime. 5 out of 5 stars

Movie of the Month: Raising Arizona (Sling TV): Nicolas Cage’s career highlight anchors this classic and heartwarming comedy from the Coen brothers about a couple of losers who steal the baby of an Arizona furniture magnate before heading down a long road of crises in conscious. 5 out of 5 stars

Watch Me Jumpstart (YouTube): At only 36 minutes, this film plays like an equally brief Guided By Voices album. Like those albums, this rock doc packs a lot in, telling the wonderful story of Robert Pollard and his band’s rise from the gutters and grade schools of Dayton into counter-culture rock icons. 5 out of 5 stars 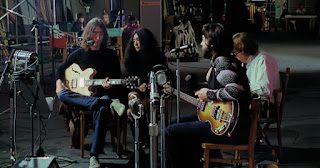 Novel of the Month: The Wonder Bread Summer by Jessica Anyu : Allie is finishing up college but first she somehow steals a Wonder Bread bag full of coke from a mean and perverted drug dealer, which sets her off on a series of adventures with a series of wacky characters up and down the California coast between Berkeley and Los Angeles. A great fun and fluffy read. 4.5 out of 5 stars

Speed (HBO Max): Keanu Reeves offers his usual cool self, matched up with the always excellent Sandra Bullocl and Jeff Daniel’s, as they try to end ex-bomb squad cop Dennis Hopper from maniacally killing everyone he can for a ransom. 4 out of 5 stars

Bill & Ted Face the Music (Amazon Prime): Keanu Reeves does his usual, can't-not-love self in achoring the hilarious and fun wacky ride through time as the pals try to locate a new song they need to write by mining the inspirations of their younger selves. 4 out of 5

Creep (Netflix): Ever since The League, Mark Duplass can do no wrong in my eyes. I didn’t picture him taking this turn, as a lying creep who lures a filmmaker to an isolated cabin to play mean practical jokes on him. It's a great performance and, at just over an hour, well worth your time. Keep the lights off for ultimate "creeps." 4 out of 5

Posted by Pop Culture Lunch Box at 10:01 PM No comments: 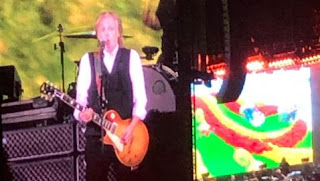 Posted by Pop Culture Lunch Box at 5:03 PM No comments: 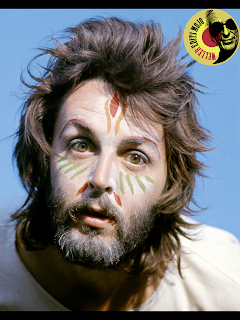 To celebrate seeing Paul McCartney (for the third time) tonight at Baltimore’s Camden Yards, I figured I would read MOJO Magazine’s recent feature on his breakaway album from The Beatles, Ram.

Here’s what I learned:

Posted by Pop Culture Lunch Box at 12:32 PM No comments: