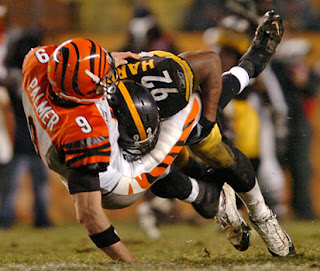 OK, earlier this week I was thinking it wouldn't be that bad if the Arizona Flock won this Sunday's Super Bowl. That's because I grew up in St. Louis when the Cardinals played there. My deep love for the franchise has welled up during this incredible playoff run. 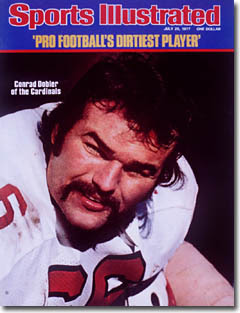 But as the weekend nears, I'm getting jacked up about another Steelers' SB appearance, and the chance to gain a record sixth win in that game. I became a Steelers' fan because the St. Louis Cardinals were almost unwatchable during most years. And Lambert, Swann, Stallworth, Bradshaw, Franco and the rest were so amazing. How could anybody not be a fan of the blue-collar football played year-in and year-out by Pittsburgh?
My heart is already pounding in anticipation for this game. And my heart belongs to the Steelers.
Posted by Pop Culture Lunch Box at 7:25 PM