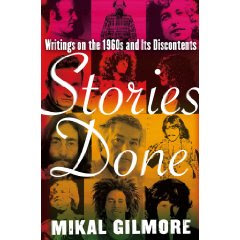 This is the first post of a series based on articles from this book I'm reading. Stories Done, by Mikal Gilmore, is a great collection of tales of excess from counter-culture leaders.

In the early 1950s, after at least a couple of sexual encounters at Columbia University with fellow Beat Jack Kerouac, Ginsberg had a similar suaree with Neal Cassady and fell instantly in love with him. But Cassady played hard to get and found the occasional sex with Ginsberg 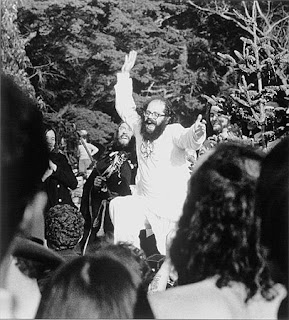 meaningless. Ginsberg eventually sought psychiatric treatment over his pained lost love, gave up his poetry, and started work at an ad agency in Manhattan.

One day, Ginsberg's therapist asked him what he really wanted to do with his life. Ginsberg replied: quit his job and write poetry. The therapist said: "Well, why don't you?" By 1954, the group had begun to reassemble in the San Francisco Bay area. Ginsberg often hung around City Lights bookstore in San Francisco, but one day he drove out to San Jose to visit Cassady. When Cassady's girlfriend walked in to find the two men in bed, she drove Ginsberg back to San Francisco, gave him $20, and left him there. It was the best thing that ever happened to Ginsberg, as he soon found the man he would stay involved with for the next several decades. And his poetry career took off with the publication of the compilation Howl.
Posted by Pop Culture Lunch Box at 5:28 PM