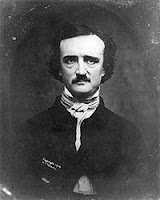 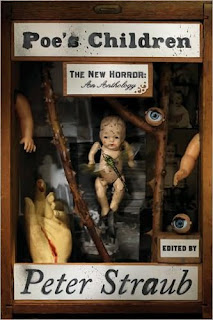 Edgar Allen Poe is history's greatest horror writer. Perhaps nobody will ever top chilling tales like "The Tell-Tale Heart," "The Pit and the Pendulum," "The Murders in the Rue Morgue," "The Fall of the House of Usher," "The Cask of Amontillado," and, most of all, "The Black Cat."
But I'd like to see them try. So I started to read a new anthology called Poe's Children: The New Horror. The title certainly enticed me. In the introduction, editor Peter Straub, who himself has written dozens of horror novels, claims the genre is "the most interesting development in our literature during the last two decades." Readers must be "open-eyed and flexible as to category to get what's going on."
But if Straub's going to give us that hard of a sell, it seems like he should start out the compilation more strongly that with Dan Chaon's "The Bees." A husband with a normal, happy family begins to hear screaming in his head and have nightmares. The problems start when his wife finds him blacked-out and naked in the middle of the living-room floor. Things get weirder when we learn that the husband had a secret former life. He was previously married with child and was apparently not-very-nice to either. The karma of those earlier poisoned relationships comes home to roost. The tale is indeed terrifying, but a little suburban and plain for the lead-off story.
Maybe I should read further into this anthology, but I think I'll continue this search ... elsewhere. Or maybe just read the above-mentioned Poe stories for the umpteenth time.
Posted by Pop Culture Lunch Box at 8:59 PM