Being a fan of famed architect Frank Lloyd Wright (I visited Taliesin West in Arizona in 2001 and loved Ayn Rand's The Fountainhead, which portrays Wright in a highly arrogant, unlikeable light), I thought I'd give T.C. Boyle's new novel a try. I really enjoyed the one Boyle novel I've previously read (Drop City, about communal hippies in California and Alaska) and his short stories are consistently among the best in The New Yorker.
The free sample of The Women: A Novel that I downloaded to my Kindle promises to be about the women in Wright's life. It begins with a 25-year-old Japanese man making a trip to the hinterlands of Taliesin in Wisconsin (pictured, right). He encounters locals along the way who express their surprise at seeing a "Chinaman." But our protagonist doesn't mind these uneducated folks. He's go too much anticipation on his way to do a year-long apprenticeship under Wright. Turns out, the conservative community isn't really disapproving of a strange foreigner, but more of the communal lack of orthodoxy going on up at Wright's property. The apprentice ends up living at Wright's for nine years, all the time wondering whether the man is misunderstood or really a sociopath.
I'm intrigued and will keep reading. 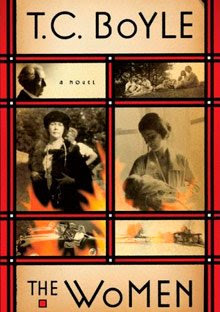