The Last of Her Kind: A Novel 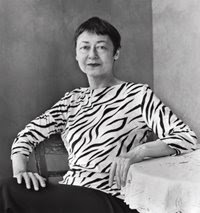 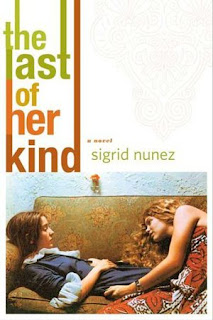 Coming-of-age stories still interest me (despite the fact that I've already basically come of age). I've never read anything by Sigrid Nunez (right), but she's won some prestigious awards and The Last of Her Kind sounded like a good yarn.
It's about two girls who meet in 1968 as freshman roommates at the New York City all-girl Barnard College. Dooley Drayton, who hates her name and goes by her middle name of Ann, is from Connecticut. Her dad owns a firm that produces surgical instruments and her mom is a serial volunteer and sits on several boards. Ann gets very angry when talking about her parents and claims she could get away with anything in their eyes: "I could murder someone and they wouldn't disown me."
Ann comes from a privileged background and has never shared a room with anyone. She is thrilled to finally have a roommate. and has requested "someone from a world as different as possible" from that of her own. She gets it in the form of Georgette George, who comes from an impoverished childhood in a drunken, inbred, violent Upstate New York community.
Well-written and I look forward to continuing onward with this story.
Posted by Pop Culture Lunch Box at 10:31 PM