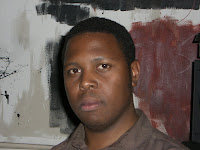 As MonotremeInDC grows (we've now got readers from Brazil to the UK to Tanzania!), I’ve decided to seek contributions. My friend Sean Felix (pictured, right), who played Professor Dr. Schmock last summer in my musical comedy Wiener Sausage: The Musical!, has agreed to submit a few posts each month on what I believe to be his excellent and trend-setting musical tastes. Take it away, Sean:

The main reason I’m doing this is because I don’t have anyone to talk about music with these days, even though I can’t stop buying new music and even rediscovering old music. 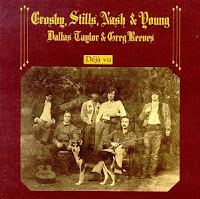 On that last note, for the past couple of months, I’ve been saying that I was going to re-pot my plants so that they don't die slowly. Well, I actually got around to it on Wednesday while listening to CSNY's album Déjà Vu. It’s got a bunch of great songs, including "Carry On," "Almost Cut My Hair," and "Woodstock," to name a few. I got so distracted listening to it I got lost in listening to it.

I almost regret not having listened to the album during the House/pseudo-hippie phase I went through, but I don’t think I would have appreciated it nearly as much. Being high and listening to it back in the day would have been fine, but I wouldn't have gotten most of the songs on the album. Not because I wouldn't have understood what they were saying, but I was pretty dumb back then, both intellectually and emotionally. And this album and many of the albums from that era require you to have either lived during the late '60s or to at least understand what the era meant to the hippies, the squares, the soldiers, and the everyday families like those of our parents.

Having gained a musical literacy through the years makes the album come to life. The fantastic harmonization on most of the songs rivals the harmonization Brian Wilson dragged out of the Beach Boys. And the acoustic arrangements on all of the songs make you appreciate what an acoustic guitar can do in folk music, almost making you forgive the douche bag on your college campus with no shirt on, playing guitar on the quad.

But more than anything, growing older and listening to this album means I can sit on my balcony when I’m done potting my plants with a glass of Wild Turkey, and get loaded nice and slowly while enjoying a music style that I totally wrote off when I was younger.
Posted by Pop Culture Lunch Box at 12:12 PM