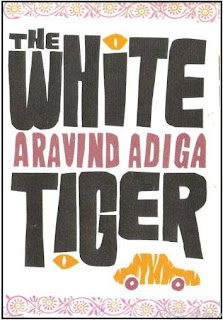 India and China are two countries it behooves Americans to learn a lot about these days. So Aravind Adiga's novel The White Tiger seemed like a good place to start. 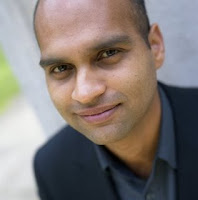 It begins with a Balram "Munna" Halwai telling his story (in a letter to the soon-to-visit Chinese Premier Wen Jiabao) of growing up as one of thousands of entrepreneurs from the streets of the southern city of Bangalore. "You hope to make a few Chinese entrepreneurs, that's why you're visiting," he writes. And he claims the president will learn a lot by reading his story as one the city's "most successful, but probably least known, businessmen. I am tomorrow," he proclaims.

We slowly begin to learn pieces about Halwei. He is the son of a rickshaw puller and a very sick mother who "lies in bed and spews blood." He was briefly, three years ago, a "person of national importance," in what sounds like he was a wanted criminal, but we're still not sure at this point.

Unfortunately, the opening of the book doesn't jump off the page with much momentum. Instead of wasting any more time with this one, I'll look elsewhere to satisfy my curiosity of these two great nations. Unless you can change my mind ...
Posted by Pop Culture Lunch Box at 4:18 PM