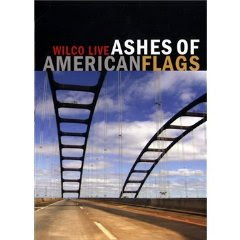 Fugazi's Brendan Canty directed this great-sounding documentary following Wilco on the road in 2008. (My six degrees on this is that my old roommate Nikos used to make rock videos with Canty, not to mention I grew up about 20 miles from where Wilco frontman Jeff Tweedy grew up.)

As I've said here before, there is no band currently that is making such consistently melodic and rocking records, putting on better shows, or being more adventuresome musically. The intimate camera work reveals the moods of each band member both while playing full songs at five different venues and while interviewing them individually.