Am I An Indie Hipster Because I Shop at Trader Joe's With My Toddler? 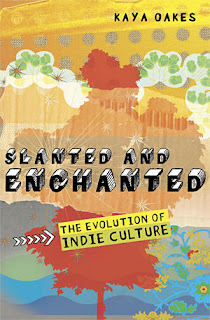 There's one chapter I'm interested in reading in the new pop-culture textbook entitled Slanted and Enchanted, by University of California Berkeley writing instructor Kaya Oakes. It's called "Brighten the Corners: The Reinvention of Indie Rock." (All the Pavement references! This book has to be great, right?)

Well, not so fast. I have a feeling one chapter might be all I could take (after reading the first couple of dozen pages or so). I am interested to see what Oakes discovers in her quest to define the term and cultural phenomenon that is "indie." This is clearly a word that many-a-hipster overuses. And why do I, not a hipster but more like a crunchy pop-culture geek, insist on classifying such bands as Pavement, Yo La Tengo, The Wedding Present, and Spoon under the "indie" genre in my iTunes library? 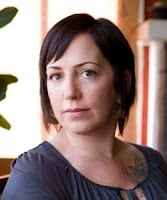 Of course, in Oakes' somewhat underwhelming thesis, I might qualify as a hipster. She writes, "[Hipsters] have been sold indie not as a philosophy but as a genre." But then again, her findings routinely seem obvious. Technology has made the line between indie and mainstream mostly nonexistent. The new world of blogging and online journals, with no outside interference or even an editor, is totally DIY (do-it-yourself) and so that entire world is "indie."

Now, she claims, you don't have to be the skinning-pants-wearing scruff down at the seedy rock club to be indie. You can be the daddy pushing the stroller to the local Trader Joe's to qualify. Perhaps the obviousness throughout this read is unavoidable. If that's the case, then Oakes seems to have done a valiant job. Then again, perhaps that means the book could have been an article in The Atlantic, Vanity Fair, or Spin.

Despite this book potentially turning me off, I remain intrigued by the indie concept. It will be interesting to see if any other authors attempt to tackle the subject in the future.
Posted by Pop Culture Lunch Box at 10:49 PM