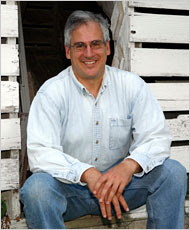 As I write my novel (two chapters down, dozens more to go), I really appreciate Ethan Canin. I've sopped up his books the moment they are released for many years now.

But I haven't just read them. I've studied his style because it's so close to the way I want to tell my own fictional stories. His books are worth thousands of dollars to me. Canin is a professor at the prestigious Iowa Writers Workshop at the University of Iowa, so I look at his books as master classes in the art of storytelling.

Canin is especially talented at characterization, which I view as the top element in fiction writing. If you don't have characters the reader cares about, why should they bother?

His 1999 For Kings and Planets is perhaps my favorite book of the past 20 years and especially hit home for me at that time as I was moving from St. Louis to Washington D.C. to attend graduate school at Georgetown. Kind of like me, Orno Tarcher is a Missouri farm boy whose life story is told in parallel with that of Marshall Emerson, his roommate at Columbia and a bratty rich genius. 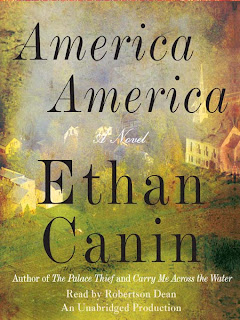 America America is Canin's latest classic. Again it wraps several characters into a decades-long gripper about politics (Senator Bonwiller has many similar traits to the recently deceased Senator Ted Kennedy), media (Corey Sifter, the main character, goes from being a fairly uneducated hired farmhand for the Bonwiller campaign to the publisher of a newspaper), and love (some of which goes terribly wrong and some that goes right).

Canin moves the story around in time between Corey's high school years, college years, and grown-up years. It works more effectively than telling the story chronologically. But, above all, this is a thinking person's book. Each short chapter is like a painting, and I found myself daydreaming about the story at the conclusion of each chapter. Then I would scribble notes as if I were in Canin's creative-writing course. I would think that's a recommendation any author could appreciate.