The Inside Process of Writing My Novel 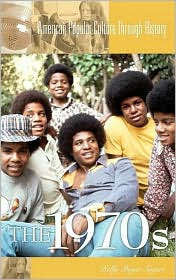 I've put a lot of work into outlining a novel, and now I'm excited to be in the actual writing phase. Yesterday, I wrote the book's first paragraph.

The coming-of-age story will focus closely on character, particularly the relationship between the book's narrator, who is a journalist at a music magazine and a rock star he met 26 years previously. The two will have a conflicted, deep, and surprisingly regular friendship. The story begins at the rock star's funeral.

As I write, I'll be doing quite a bit of research along the way because the story takes place between 1976 and now, and it weaves quite a bit of actual history into the fictional story.

To help me place the book and give it the right feel throughout, I've been reading a lot of pop-culture history books on the years of 1976 until today. I'll discuss several of them here over the coming days. The first one is simply called The 1970s, by Kelly Boye Sagert. It's pretty much just a textbook that focuses on the influences upon Americans of advertising, architecture, fashion, food, leisure activities, literature, music, performing arts, travel, and visual arts. It doesn't really have a thesis, but the time lines are helping me conceptualize all the weaving back and forth between time periods that my novel will accomplish.

The basics are stated by Sagert: "The 1970s were a giant cauldron of fads, fancies, and fetishes ... trendy times." Dubbed the "Me Decade" by the great novelist Tom Wolfe (someone I definitely cite as an influence for the novel I'm writing), this was a decade in which "one's personal emotions were paramount; the quirky pet rock, popular in large part because it did not require any effort; and a plethora of first-person songs that focused on individual feelings." Of course, the vociferous women's rights movement of the decade shows that this is not necessarily a decade to be classified so easily.

The next historical-time line books I'll tell you about will dig a little deeper ...
Posted by Pop Culture Lunch Box at 3:06 PM