Beach Boys' Success Forced On Them By Father 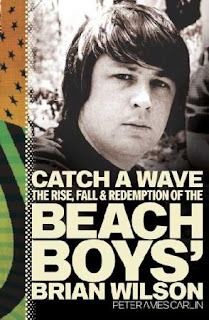 Brian Wilson's father, Murray, was "a tireless worker with a penchant for big ideas, [but] nothing came easy for him. A gruesome accident at Goodyear cost him his left eye" which caused him to have an aggressive personality that alienated him from his co-workers and "stalled him on the lower rungs of management."

This accentuated his desire to "kick the world in the ass." He wanted everything for himself, but since his accident seemed like that wouldn't be possible, he transfered that desire over to wanting everything for his kids.

Murray noticed Brian's skill for music just before his son's first birthday, when he was carrying Brian on his shoulders and singing a song. It didn't take long before Brian was humming along in a note-perfect replication of his father's voice.

Murray loved his son even more because of his obvious talent. But that didn't stop the Wilson boys from later recounting horrific allegations against their dad. He forced Brian to defecate on a plate as punishment for some small deed. He forced tomato-hating Dennis to eat them until he puked. He beat Brian with a two-by-four for unleashing a neighborhood dog. He took out his fake eye and forced the kids to stare into his blood-red socket.

These tales begin the examination of Brian Wilson in the book, Catch a Wave, by Peter Ames Carlin (who also penned the new Paul McCartney: A Life). Unfortunately, this doesn't seem like the best book to read about the Beach Boys. It's poorly written and not very coherent, and I don't plan on continuing reading it, even though the Beach Boys are one of my all-time favorite bands and their story (what I know of it) really interests me.
Posted by Pop Culture Lunch Box at 1:10 AM