Typical Airplane Movie Junk: Up and I Love You, Beth Cooper

I had the pleasure of watching a couple of shoulda-been-better stinker movies on flights from Bangkok to Zurich and Zurich to D.C. 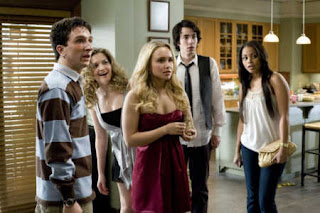 First up was I Love You, Beth Cooper, a flick I wanted to see because the book was so hilarious. Unfortunately, the same couldn't be said about the movie, which consisted of a bunch of C-rate actors, including a dad that was a dead-ringer for a fat, older Ed Norton. Hayden Panattierre placed her poor man's Marcia Brady acting chops on full display. 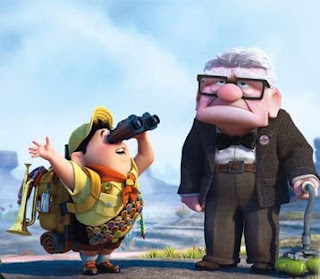 Next was Up, a plodding and not very well told Pixar/Disney creation that got roundly positive reviews, probably because Hollywood critics have to sift through so much muck that this must have seemed vaguely likable by comparison.

The boring and under-scored action sequences occasionally give way to touching moments, like when the old man, Mr. Frederickson, realizes that he hadn't been the failure to his deceased wife that he thought he'd been. Characters like his dog can best be described as annoying. Kevin, the colorful snipe, and Russell, the boy scout, on the other hand, add some comedic value.