Ranking My Favorite NFL Teams From 1 to 32 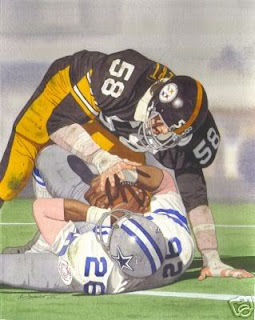 As the season winds down to a New Orleans-Indianapolis Super Bowl (this list tells you who I'm cheering for), it seems like a good time to departmentalize the NFL teams.

I love lists, and somehow I've never made one showing how much I love (the Steelers) versus how much I despise (the Cowboys and Pats) the NFL's 32 teams. 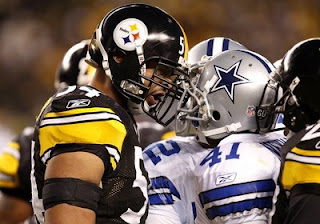 Random I know, but this is how my mind works when determining which games I want to watch each Sunday. "My teams" versus teams I despise would be a can't-miss match-up. Teams I "kind of like" playing against each other would be worth watching in under an hour on the digital video recorder. I would probably let Neon Deion Sanders and the crew at NFL Network (the new number-one post-game analysis TV outlet) tell me in under 3 minutes about the games played by teams that have no effect on me.

Where do your teams rank?
Posted by Pop Culture Lunch Box at 2:25 PM