I was going to write a season-ender on my Pittsburgh Steelers, who were eliminated from making the playoffs in the last week of the regular season. But since one of my favorite blogs, Steelers Gab, summed up the highs and lows so well, here it is in their words: 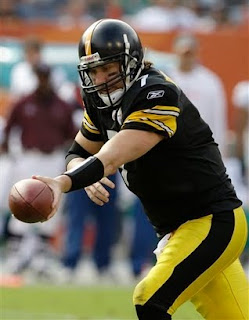 Rookie Pass Catcher – Mike Wallace was the rookie of the year for the Steelers, with 39 catches for 756 yards and 6 touchdowns.

Going the Other Way on Defense - A Steelers defense that put together one of the best seasons in NFL history while winning the Super Bowl the year before, this season they allowed too many big plays, and a healthy Troy Polamalu and Aaron Smith will help in 2010.

Kick Coverage – It became routine to see a returner lick his chops coming to play the Steelers, usually because it meant a score was coming.

Blowing Leads - It almost became funny how this team week in and week out would look great for three quarters, then become a totally different team in the fourth quarter.

A Bust? – It’s just two years, but the vibe seems to point to WR Limas Sweed being a wasted draft pick, with his Steeler career in serious doubt.
Posted by Pop Culture Lunch Box at 9:31 PM