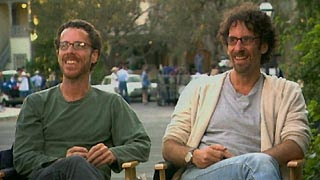 The Coen Brothers have recently solidified their legend in the Parthenon of great movie directors. It probably doesn't hurt that they are said to have identical visions for their film work, and tell actors the same answers to any questions.

This list was seriously difficult to rank. There's no doubt that The Big Lebowski is my favorite, but many of these others could be shuffled depending on which way the wind is blowing. OK, now my job is to finally watch Barton Fink and The Hudsucker Proxy, which (I know, criticize me now) I still have yet to view.