I Love You to Death: Dead is Right 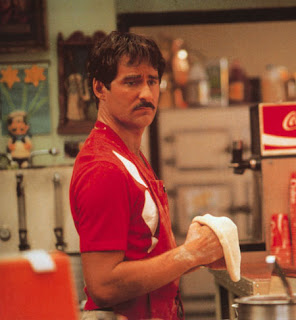 Back when I wrote up my 60 funniest comedies of all time, somebody posted a comment noting that I was doing a great disservice by not including I Love You to Death from 1990.

Well, I hate to say I was right, but I was right. Kevin Kline (who studied in Indiana's theater program with my dad) is almost always solid, especially in A Fish Called Wanda and Life as a House, and he is probably the most likable aspect of this movie too.

But folks, that's not saying much. Tracy Ullman is ridiculously harmless as the wife who discovers Kline is a playboy of monstrous proportions. River Phoenix has a pointless role as a spiritual pizza-joint employee with a crush on Ullman. Joan Plowright is the one-trick and annoying mother-in-law. Keanu Reeves and William Hurt hit all-time lows as the unfunny hitmen hired to kill Kline for his adultery. The best part was the short cameo by the unimaginably beautiful Phoebe Cates, who happens to be Kline's real-life wife.

This movie is painful to watch all the way through. Needless to say, I Love You to Death isn't going anywhere near my top 60 comedies of all time.