The Good and Bad of Where the Wild Things Are 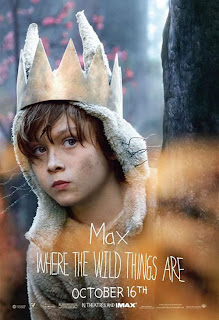 Where the Wild Things Are from 1963 is definitely in my top five children's books of all time. So I was excited about the movie that was released last year.

Author Maurice Sendak has one of the most wildly creative minds. If you don't believe it, just check out the video below of a dad doing a hilarious reading of his bizarro story In the Night Kitchen.

Sendak's strength is capturing children in all their unpredictable, boundary-less inner fantasy minds, and film creators Dave Eggers and Spike Jonze (with consulting from Sendak) do a great job of capturing the wild young insubordinate Max.

The scenery and cinematography in the land of the Wild Things is gorgeous. The music by Karen O of Yeah Yeah Yeahs is perfectly off-kilter and often carries the movie in its many relatively slow stretches.

The sparse short story obviously needed major embellishments to fit into 90 minutes of screen time. It is clear the filmmakers struggled with this point.

But the theme of how hard it is to work to build a strong family is touching. And the film's emotional weight is quite heavy considering all the goofy monsters running around.

The decision to have muppet-like, sport-mascot Wild Things instead of computer-generated ones was perhaps the wisest decision of all. The monsters feel real and become captivating as the story unfolds. Max Records as Max is also really intriguing is his first major role, albeit more of his backstory would have fleshed this lovable movie out considerably.