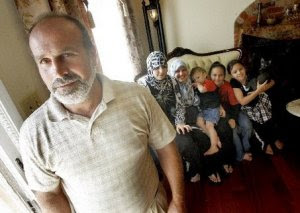 Hard to believe it's been nearly five years since Hurricane Katrina brought New Orleans to its knees. It's easy to forget how one of this decade's three massively destructive events hampered our way of life in the U.S. (the others being 9/11 and the Gulf oil spill).

I remember thinking The Big Easy probably wouldn't recover, but I was wrong. That's not to say it's safe in the long run, speaking from an engineering standpoint.

As a communications professional, I talk a lot about the importance of telling a good human story, and most of the stories coming out of New Orleans were about groups of people trying to evacuate, looters, and deplorable conditions in the mass housing of the Superdome. But Dave Eggers brings a powerhouse tale about one family that offers the best (albeit a very narrow) view of life in the aftermath of the storm. 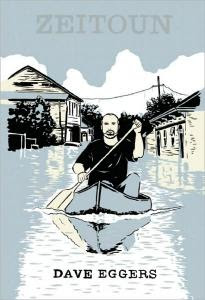 Zeitoun, the protagonist (pictured above) and title of the book, is the Syrian-American owner of a local contracting business who decides to stay while his American-born and Muslim-converted wife Kathy leaves with the kids for Houston and points beyond. Zeitoun becomes a real hero as he paddles his canoe around town to save old ladies and dogs from sure death.

The characters are rounded with full backstories of Zeitoun's early life growing up in Syria with an older brother known as one of the world's great ocean swimmers and Kathy's journey from her life as a little girl growing up in Baton Rouge.

The tale takes unexpected twists that seem too horrifying to be true. The events that unfold for Zeitoun supply true-crime journalism for this era that is every bit as powerful as Truman Capote's In Cold Blood was at the founding of the genre.

Part of the mystery is whether all the bad things that the National Guard and FEMA perpetrated upon some of the people who remained in the city after the storm happened because of post-9/11 Middle East profiling or simply out of gross incompetence.

This is a must-read for any American. It should help anyone sympathize with the struggles and everyday concerns faced by recent immigrants to this country. The book puts a human face on both a tragedy and a complex and interesting family.

Eggers' masterpiece may very well be Zeitoun, which is not easy to say considering that he penned A Heartbreaking Work of Staggering Genius.