An Insider's Account of the Final Night of Global Climate Negotiations 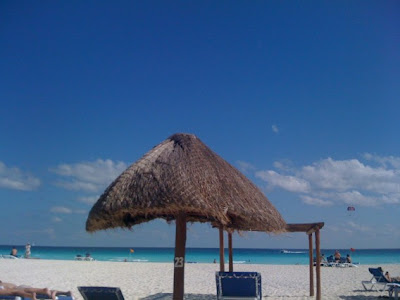 This was originally published at Planet Change.

I’ve now experienced four of these annual UN climate talks and it’s a great feeling to finally wake up at the end of one of them with a “win” instead of a disappointment.

The Washington Post had a wonderful “color” piece the other day on how the whole fascinating process works. It’s well worth reading. But outside of the 20,000 climate geeks (I mean that lovingly, being a bit of one myself) who wait at the “document stand” with bated breath for every new version of the prized “text” of the deal, all you really need to know is:

There are delegations from each country that are assigned by their governments to attend and refine a deal over two weeks. There are ministers of environment and forests and finance who also join at some point. And then presidents and other heads of state sometimes join at the very end.

Then there are also lots of public groups who want to influence the process. The Nature Conservancy has its own delegation (of which I was a part) and is one of the important non-profit organizations (NGOs) in the climate talks because we work on so many of the issues chiefly discussed by the negotiators: forests, adapting to climate change, finance, and others.

Because the talks were headed into the wee hours last night, much of our delegation headed back to the hotel quite a ways from the main conference venue. Those who stayed were camped out on the most comfortable chairs they could find. They couldn’t get up because they would lose those chairs. Some were watching on big screens outside of the massive main negotiating room.

We also had a meeting room in our hotel. So those of us who came back to our home-away-from-home for the past two weeks watched the webcast on our big screen there. I had mentioned to a colleague Friday morning that I had a strangely positive feeling, even though at that point many of the journalists were reporting that Cancun would fail. My optimism received a boost when the lead negotiator from the historically bristly U.S. more or less said he was ready to commit to a Cancun Agreement. It was the longest applause I’ve ever heard for the U.S. in this setting.

I finally went to bed. Then I was pinged with a text message from one of our media-relations experts and alerted that we had a deal. At 3:30 a.m.! So I got up and helped make sure everything was in place as far as telling the world what The Nature Conservancy thought about the done deal.

After working much of the morning, I’m exhausted. But I’m also excited. Not only does the global community have a way forward towards solving climate change, but I’m going to swim in the turquoise ocean for the first time since I got here two weeks ago.
Posted by Pop Culture Lunch Box at 4:46 PM