Keith Richards' Life in a Flash 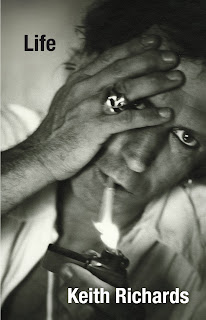 The Rolling Stones' lawyer Bill Carter had warned them not to drive through Arkansas. They should have flown to the next gig. After all, he reasoned, the state had recently tried to "outlaw rock and roll."

And although the band was nearly thrown in the slammer for an outrageous trail of behavior across the state on their 1973 tour, the fact that Carter traveled with them and had friends in very high places all the way up to Capitol Hill was the only reason no charges were ever filed.

In fact, you may recall that when Mike Huckabee was Arkansas governor 30 years later, he pardoned guitarist Keith Richards. What was less reported at the time was that Richards had never been charged with anything. But Huckabee pardoned him anyway. I guess it seemed like a pretty good PR move for Huckabee's presidential campaign.

In his wonderful new autobiography called Life, Richards says: "For many years I slept, on average, twice a week. This means that I have been conscious for at least three lifetimes."

The book starts with an hilarious photo of his mother walking him through town on a leash. It then goes on to describe his hometown, a miserable place called Dartford, England which was dotted with smallpox hospitals, leper colonies, gunpowder factories, and lunatic asylums.

There was also the Wells fireworks factory, which produced "jumping jacks" and exploded in a flash one day. Not exactly what I had envisioned for what surely must have been the origination of the masterful Stones' tune "Jumping Jack Flash."
Posted by Pop Culture Lunch Box at 12:25 AM