How to Pitch Story Ideas to ABC News 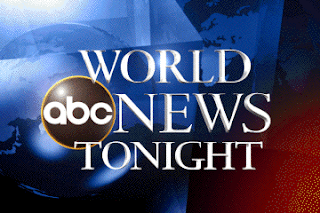 Sat in today on a very interesting, off-the-record "reporter roundtable" at one of my favorite DC PR firms. The guest reporter was a correspondent for ABC News who is mostly a TV reporter with Diane Sawyer's ABC World News Tonight. But in this day and age of 24/7 news, she also reports for ABC radio and ABC.com. Some of her insights into how the PR industry can effectively pitch journalists include:

- Networks want exclusives, health and new technology stories, real people, heartstrings, opinions, and video video video (or at least stories with great imagery).
- Mass transit and infrastructure stories, to a name a couple, are very tough sells.
- Pocket cameras are now what correspondents carry into the field all over the world.
- Media companies have no money for bureau reporters, so they're happy to run phone interviews, and use many stories on radio and the web. Stories about mass transit, for example, will never get on TV but are great for other company holdings like the web and radio.
- Providing the media with B-roll of lengthy shots, with good sound, shot digitally in 16x9, is a great service companies can offer. Interviews within that B-roll won't be used at the network level, but some regional and local media may use them.

As for whether to pitch Good Morning America versus World News Tonight, here are a few other tips:
- GMA used to be touchy feelie, but it's trying to be harder now. The show will run consumer-friendly stories with a news edge in "segment 6." It is mostly all about exclusives. As GMA moves into its later hours, softer stories come into play with lots of live guests. World News Tonight is more enterprising and also focuses on top news. ABC will not cover "process" stories like Hill policy; CBS will though. Nightline has hard news when necessary, but has been leaning more lately to hip, sign-of-the-times stories.

The ABC journalist added that the editor/correspondent relationship has rapidly changed. Five years ago, about half the stories were assigned by the editors. Now, correspondents have to pitch constantly. She said about half her story ideas are personally generated with the other half coming from pitches from PR agencies and other media-relations experts and sources. Pitching both her and her producers is never a bad idea because they all receive so much email that at least one of them is liable to miss the pitch altogether.

The journalist, finally, added that Twitter and blogs are both extremely important sources for people in her profession. Facebook, on the other hand, at least in her experience, is too much work for journalists because by the time they get home, the last thing they want to check is, essentially, more email.
Posted by Pop Culture Lunch Box at 2:51 PM 3 comments: 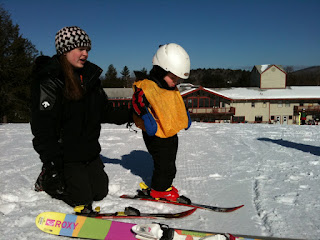 Vermont was a fun place to get away from the city for the President's Day long weekend. The main plan was to get some skiing in, and we went to Magic Mountain near our bed and breakfast in Chester.

The Stone Hearth Inn & Tavern was where Rachel, Jackson, and I set up shop for the past three nights. With the temperature down into the single digits at night, it was a cozy place to get quality beer like Dogfish Head, Magic Hat Vinyl, and others on draft while Jackson ran around the drunken singing snowmobile crowd that was hanging out and playing pool, air hockey, and Pac Man. 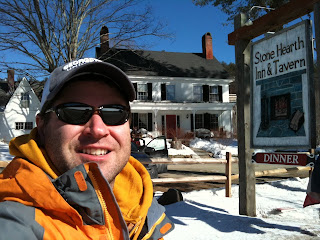 Jackson lasted about 30 minutes in ski school, which we were actually pretty happy with for a little guy who just turned three. Maybe by age five he'll have the hang of it. Rachel's really nice co-workers Lou and Kris helped take care of him in the lodge and we all rotated skiing the slopes. It was my first time skiing anywhere in the Eastern U.S. The snow was definitely hard and crackly, unlike the powder out west, but that was mostly because there hadn't been any fresh snow lately.

More of Rachel's co-workers Nelson, Emily, Doug, and Gary also joined us at various haunts in the region, including a delicious dinner at Emily's, pizza at Pizza Stone, sandwiches at the Moon Dog Cafe, and lunch at Millie's Tavern in Manchester, New Hampshire. We also hiked, sledded, and snowshoed. And Jackson loved playing in a big kids' funhouse in Manchester, while I got to see Rachel's Student Conservation Association headquarters for the first time.
Posted by Pop Culture Lunch Box at 10:02 PM No comments:

MacGruber Takes Down the 80s One Celery Stick at a Time 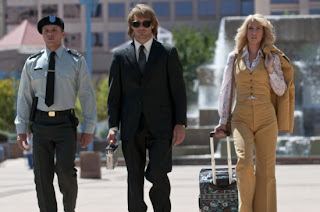 I can't believe serious actors Val Kilmer and Ryan Phillippe would offer their services to a movie like this.

I can't believe how hard I laughed at numerous parts of this movie.

MacGruber is surprisingly hilarious, and Will Forte and Kristen Wiig turn in lovable performances as the lead characters. The story has something to do with mullet-wielding, soft-80s-rock-loving MacGruber, some sort of explosives specialist, sets out to seek revenge on Dieter van Cunth, played wonderfully as an oddball creep by Kilmer, for killing his wife.

The complete and unending social awkwardness of MacGruber (celery-stick defense moves and all) is what turns this into the kind of movie that can compete with the likes of Anchorman for completely-useless-but-brilliant cult comedies. 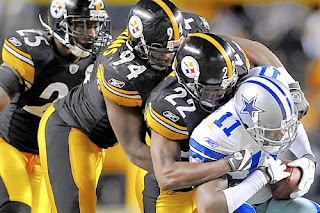 I'm too superstitious to write anything other than ... Go Stillers!!!

And maybe post a roundup of past Pop Culture Lunch Box blogs about the best sports team in the world.

The history of the Pittsburgh Steelers and "mob football."

A look back at why I'm a Steelers fan who grew up in St. Louis.

Movies that take place in Pittsburgh.
Posted by Pop Culture Lunch Box at 11:18 AM No comments:

No Strings Attached Gets Ashton Kutcher, Natalie Portman's Quirks On 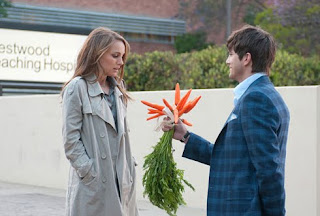 No Strings Attached is a quirky little chick flick that falls a little flat sometimes, but like its lead actor Ashton Kutcher, has a mostly good heart that ultimately is a winner.

The movie's plot seems to be drawn somewhat from Kutcher's own life. When he was a student at the University of Iowa, he woke up many times not knowing what he had done the night before.

It's a little raunchy and sometimes tries too hard to be quirky, but Kutcher and Natalie Portman have nice chemistry. So while supporting players like Kevin Kline see their talent a little wasted, the fact that we always get to come back to the leads is comforting. Good soundtrack too, including Bishop Allen, Elvis, and Color Me Badd.

iPad Gets Serious for News Junkies with The Daily

After some technical glitches for the past day (I didn't have the latest and necessary iPad update), I finally spent about 90 minutes late tonight getting to know The Daily, the much-hyped Rupert Murdoch-owned first full daily newspaper made explicitly for the iPad.

The early returns?: Could be a game-changer.

Despite being owned by FOX News and tabloid magnate Murdoch, the 100-page (or so) app so far seems bipartisan, which is a smart strategy. If he can get Wall Street Journal and New York Times' readers to convert, we are looking at the future of news consumption.

And why not? There are videos that are easy to watch while reading other news, a slew of amazing graphics and photos, and really all the content any news junkie could want.

Some of the content is derived from the wires, like AP and Reuters. But most of it is original. The features I enjoyed in today's edition (the app's content is updated more than once a day) included one about Amish and Mennonite farmers smuggling illegal raw milk into New York City and one about whether cell-phone use really affects airplane controls. There were great videos of Gabrielle Giffords last interview before being shot (it's all about her love of the iPad) and Egyptian kids discussing the protests and riots in their country. Interactive maps, polls, and statistics are also a lot of fun on The Daily. As are the movie reviews, with previews.

Gossip, opinions, and technology seem to be pretty solid sections, although I'm not entirely sold on the depth of sports coverage. A positive is that it lets you pick your favorite sports teams, but only for pro sports. And time will tell how well this intensive app will work when being used outside of a wireless area.

I have pretty high hopes at the moment. And if it helps me junk my subscriptions to The Week, Slatest, Sporting News Daily (on the iPad), and some of the myriad sites I have aggregated in my Google Reader, this could become the main source of my daily news.
Posted by Pop Culture Lunch Box at 1:04 AM 3 comments:

Email ThisBlogThis!Share to TwitterShare to FacebookShare to Pinterest
Labels: Media 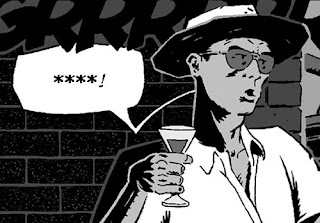 This is the eleventh installment in a series about a book I'm reading called Stories Done, which is a great collection of tales of excess from counter-culture leaders.

While Hunter S. Thompson was drunkenly stumbling his way through his sophomore year in high school, he became an active and respected member of the local Athenaeum Literary Society, in which he professed his love for Ernest Hemingway and how he had "toughened up twentieth-century American literature."

Thompson also loved the way F. Scott Fitzgerald's "best characters exemplified something vital in the American spirit. Even if they worked within [society], it was their dark willfulness, their vision of social doom, that placed them apart."

A few years later, as a newspaperman in the military being honorably discharged, he filed a final article that seemed to capture a little Hemingway and Fitzgerald. It "described a fictional drunken nighttime riot at the base, resulting in the explosions of airplanes and and the rape of female cadets - none of which ever happened."

He also wrote a press release about his discharge, quoting a nonexistent captain saying Thompson was "one of the most savage and unnatural airmen I've ever come up against," and explaining that his "escape" from the military included "barreling his car out the gates, hurling a Molotov cocktail."

From there, of course, he went on to write one of the greatest American books, Fear and Loathing in Las Vegas. That fear and loathing was "a dread of both interior demons and the psychic landscape of the nation around him" and a realization by his high-minded generation that the walls of American reality were crashing.

Posted by Pop Culture Lunch Box at 9:57 PM No comments: