Do Large Pigs Have the Ability to Control Us All? 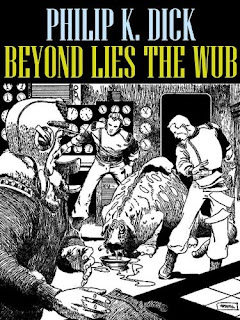 A spaceship crew captures a large pig-like beast called a "wub" who has the power of sophisticated conversation. The wub even alludes to a possible talent for mind-control. One crew member protests when the captain disregards this nonsense and demands that they kill and eat the wub.

I haven't researched what points Dick was attempting to make, but there are several ways to look at it. Ambiguity is always my favorite trait of the best science fiction. It makes you stop and think. In this case, it makes you think about how easily others can take control of our minds and may even be a statement on the pig-headedness of some humans insisting in conquering other species and being closed-minded to the obvious signs of their needs.