Phillip K. Dick Uses a Cuckoo Clock as a Metaphor for Psychotic Murder 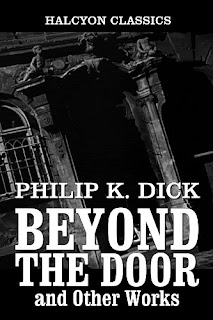 I've read a good amount of science fiction over the years, but somehow missed the works of Phillip K. Dick. And after enjoying so many of the movies based on his stories (Minority Report, Total Recall, and Blade Runner, not to mention the new The Adjustment Bureau, which is high on my list of must-sees), I figured it was time to start with some of his short stories.

The first one I read in a $1.99 Kindle edition of The Best of Phillip K. Dick is a curious and simple little tale called "Beyond the Door."

In the story, Larry Thomas buys his wife Doris a cuckoo clock, but she holds it against him in a way that leads us to believe that she doesn't like her husband at all. She seems to build a relationship with the clock, essentially replacing her husband with the cuckoo.

Then one morning, while Larry is working, Bob Chambers visits Doris. But when Larry arrives home, he kicks Bob and his wife out. With Doris out of the house, the cuckoo oddly never announces the time anymore. But when Larry finally gets around to trying to fix the evil little thing, it bursts out of the box and pecks him right in the eye. He falls off the chair he's working on, breaks his neck, and dies.

Very simple and short story, but effective imagery of a seemingly psychotic wife who, indeed, may be considerably "cuckoo." And murderous.