The Pretty Hotspots of Austin 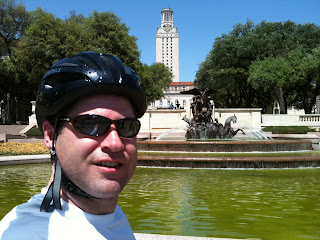 I didn't get nearly enough time to explore Austin, Texas on my four-day work trip there last week, but I did take a couple of hours to rent a bike and see the city.

That's me in front of the University of Texas clock tower. I rode around the campus, past a workers-rights protest at the state capital, and down along South Congress Avenue and the river-like lake, which has nice jogging and biking paths on both sides. 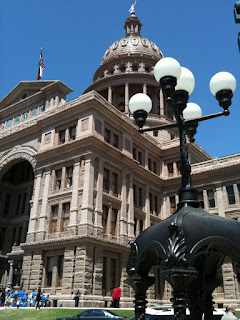 The last photo here is from the lovely sculpture garden where we had our climate-adaptation team retreat. The bus ride on the way to the conference dinner at a Nature Conservancy reserve through the rolling hills west of Austin was also nice. 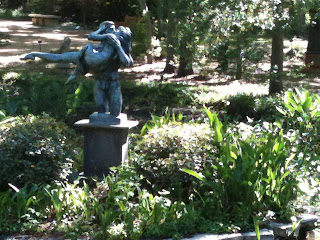