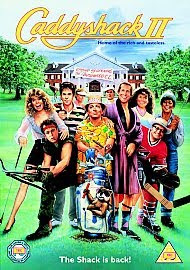 I don't drag my friends and family onto my blog too often, but this little conversation between some of my oldest friends is noteworthy. What do you think are the worst movie sequels?

Dewey: My list of worst sequels of all time…….feel free to add your own…..i know it's endless, but these came to me quickly.

ET: Caddyshack 2 is horrible. Agree with your list and add the following:
Pet Semetary 2
Star Wars episode 1
All Jaws sequels
Weekend at Bernies 2

Scoots: The second “Hooper” was pretty bad, not to mention “Smoky and the Bandit” III.

Me: I can't really add anything to this list. Maybe Godfather 2 (or was it 3 that was really bad?), Basic Instinct 2, Weekend at Bernies 2 (should there have even been a 1?). Porky's 2 was pretty disposable if I recall correctly. I can't confirm that there actually was a coal miner's daughter 2, from a quick internet search. Don't mess with Halloween 3, Mathews!

Dewey: Porky’s was great……….Porky’s two was like retelling the story of Porky’s 1 to a friend who wasn’t there, and he just doesn’t get how funny it was to be there……

Also, predator 2 and while most of the Friday the 13ths were bad, part 8 (Jason takes Manhattan) stands out - kills an entire river boat of high school kids and then dies in the NY sewers after toxic waste runs through it and turns him back into a child.
Posted by Pop Culture Lunch Box at 2:44 PM