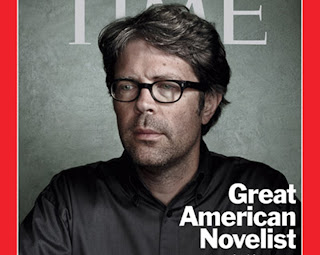 I always wanted to like famed author Jonathan Franzen, but something about his upturned-nose style of writing has bugged me. He, like I, is from St. Louis, so I kind of enjoyed his first novel, 1988's The Twenty-Seventh City. It's about people from India in that city, the corrupt police force, and St. Louis' fall from having been the country's "fourth city" in the 1870s.

But I progressively liked his writings for The New Yorker less and less over the years, so much so that I refused to even read his much-acclaimed novel, The Corrections. Franzen drew me back in when I heard his latest, Freedom, featured a protagonist employed by The Nature Conservancy, where I've now worked for the past 11 months. 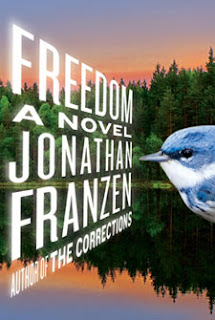 Walter Berglund is that character. Walter loves birds so much that it eventually drives him significantly cuckoo. It doesn't necessarily paint TNC in the greatest of lights, in that Walter seems to truly love animals more than people, not something the Conservancy seeks as its image. Luckily, there is enough love of people (mainly his wife Patty and his eventual mistress Lalitha) in Walter's life, that the animal part arguably doesn't win out. But it's close, and much of the novel's suspense teeters upon that line in the sand between bliss and madness. The Economist even calls the book a modern-day Paradise Lost.

Walter and Patty have two kids. Joey is a handsome wealthy young Republican, which drives Walter batty. Jessica is a good kid who tries to help her parents from killing each other. The wildcard in the novel is Richard Katz, a rock star who learned quite a bit of what he knows from Walter when the two were college roommates. Patty learns a lot from Richard too, and it drives a wedge into their marriage.

The scope of the novel is epic, and Franzen really nails it. His ability to build character and compelling dialogue nearly matches one of my favorite (yet less heralded) writers, Ethan Canin. It's a true page-turner, understandably an Oprah-endorsed modern classic, and there isn't a boring part within the tome (although the section in which Patty tries to help divide her father's estate between her spoiled siblings seems to get in the way a bit at the end).

I don't know if Franzen quite lives up to Time Magazine's claim as "the great American novelist," but he's close enough and I'm going to try to like him more after reading Freedom. His tone is still a little condescending and cloyingly intellectual, but he has definitely worked hard to improve himself in that category over the years.