Midnight in Paris a Literary and Artistic Delight 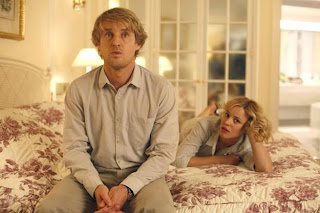 Midnight in Paris would land somewhere in the middle of my list of the best Woody Allen films. The famed director is clearly still at the top of his game, with the only difference from his work of the 1970s being that other people besides him play the "Woody Allen role."

This time it's Owen Wilson as the neurotic protagonist. He does a great job navigating an era (1920s Flapper expat Paris) that has been fascinating to me ever since my two favorite novels became F. Scott Fitzgerald's The Great Gatsby and Ernest Hemingway's The Sun Also Rises.

And the performances of the actors who play the legends of that time are wonderful. When Owen Wilson, playing an L.A. screenwriter on an extended vacation to the City of Lights with his non-supportive fiancee and her lousy rich parents, slips into a time warp each night, he comes alive befriending the likes of a respectively sensitive and crazy F. Scott and Zelda Fitzgerald, a surreal Salvador Dali, an unthoughtful Pablo Picasso, an artistic guru Gertrude Stein, and a rowdy Hemingway (with this movie released in a timely way, close to the 50th anniversary of Hemingway's Idaho suicide).

Allen's brilliance balances on his humor (Side Effects and Without Feathers are still two of the greatest comedy essay collections ever known to mankind) and his insight into how the times we live in never seem as interesting as other historical periods. We're disillusioned, and that's a big part of what makes Midnight in Paris so timeless.

Not to mention, the opening sequence is almost as good as a round-trip ticket to Paris. All the sights are included.