Does Anyone Really Like Final Destination and Going the Distance? 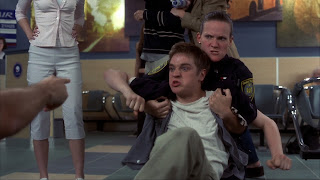 Somehow I've recently watched a record number of awful flicks. I'll review the last two turkeys I've seen, and then we can all move quickly along with our lives.

I'm assuming 2000's Final Destination is somebody's favorite movie because there have been four ... four!!!??? ... sequels. I don't think that the first installment is in the torture horror-movie genre, but it sure tortured me. There's really nothing redeeming. The characters are played by no-name, C-list actors (except for a pathetically bad Seann William Scott, of American Pie fame), the suspense is non-existent, and there are no scares. In fact, I'm not really sure what this is supposed to be. Is this truly considered part of the horror genre? Whatever happened to the good old days, with Friday the 13th, Halloween, Phantasm II, Jeepers Creepers, and even Drag Me to Hell, to name a few. One reviewer noted that this is something "aimed at the teen dating crowd," so maybe that explains my disconnect from the lame and tame scare tactics going on here. 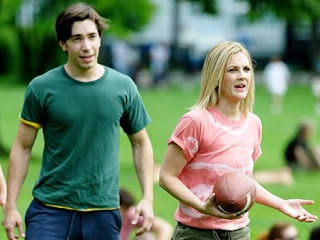 Next up is something I can't believe I stooped to renting. Even though it looked like a movie I was almost sure I had seen before (I hadn't), I rented Drew Barrymore and Justin Long as long-distance lovers trying to make it work in Going the Distance. How bad could it be with those two cute and adorable lovebirds, not to mention It's Always Sunny in Philadelphia's Charlie Day and Married ... with Children's Christina Applegate? Well, put it this way: It's no wonder Barrymore and Long's real-life love affair ended. They have zero chemistry, Barrymore looks oddly rough throughout the film, and it's painful watching everyone try to make these jokes work.

Posted by Pop Culture Lunch Box at 11:20 PM No comments: 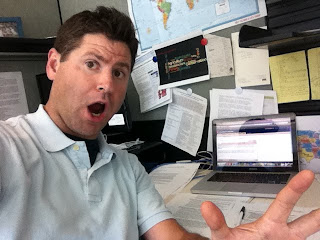 Just felt my first substantial earthquake. Computer monitors were shaking on desks in office in Ballston, Virginia. Rumbled for about 15 seconds. The earthquake was 5.8, between Charlottesville and Richmond.

I remember ducking under desks when practicing in grade school for tornadoes. I've even messed around pretty close to the eye of a tornado. That was frightening. This was just sort of creepy. Especially since my office is right over the metro, which is always a potential terrorism hot spot.

A Whole List of Stupid Movies: Some for the Better, Some Not 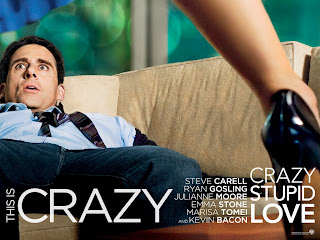 I saw a handful of movies recently (rare with a three-year-old son) that I (horrors) forgot to review here. Let's start at the top and make our way to the bottom.

1.) Crazy, Stupid, Love is a movie that had skipped under my radar until Rachel's sister, Mandy, suggested we see it. I suspect she was interested because of one beefcake so-named Ryan Gosling. Well, sure, he's got great abs, but he's also funny and perfect for the role of a stud who takes a sad-sack divorcee (Steve Carell) under his wing. He dresses him up, teaches him how to talk to women, and unleashes him onto the singles scene. It's a scary and wonderful transformation to behold. There's just one problem, Steve is still in love with his wife (Julianne Moore), but there are all kinds of crazy, stupid complications to resolve that problem. This is no mere chick flick. It's one of the best and deepest films you'll find this year. **** out of ***** stars 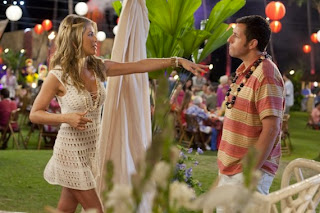 2.) Adam Sandler movies get the full spectrum of reviews from movie critics. While it's true that his first few films are classics, it's not like he's exactly suffered a Chevy Chase-type fall (by the way, why is Chase still part of the cast of the otherwise-funny Community on NBC?). Grown Ups, Funny People, You Don't Mess with the Zohan, 50 First Dates, and Punch-Drunk Love would be considered a pretty good run over the past decade for any actor. While Just Go With It, with Jennifer Aniston as the friend he never knew was hot until he sees her in a swimsuit, has plenty of eye-rollingly-bad moments, one would have to be a loveless zombie not to be warmed and won over by the conclusion within a patented Sandler story structure. All of that is true here. Just go with it. *** out of ***** stars 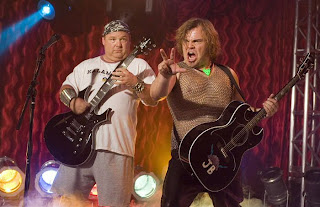 3.) How can the formula perfected so amazingly in School of Rock (my 16th funniest movie of all time) go so wrong? Somehow I suckered myself into watching Tenacious D in the Pick of Destiny one recent late night. This premise had so much stupid promise, but the music just isn't that good, it's too long, and even Dave Grohl (who plays Satan in the film and drums on the full soundtrack) can't provide any spark. This was a major misstep for the brilliant Jack Black, who I love in the afore-mentioned School of Rock, High Fidelity (#41 on my list), Shallow Hal, Anchorman (#34), Margot at the Wedding, Walk Hard, and Tropic Thunder. And how about that classic episode of Yo Gabba Gabba, not to mention Laser Fart? ** out of ***** stars

Sometimes you've just got to write a song with somebody else's words. I wrote "Paul McCartney's Leftovers" today with my own composition, but with many of the words from one of his post-Beatles tunes.

Can you guess which one?
Posted by Pop Culture Lunch Box at 8:17 PM No comments:

In keeping with the monkey theme of my last post, the new Rise of the Planet of the Apes is a suspenseful and riveting movie that makes all the right steps, unlike the awful Markey Mark Apes' remake of 10 years ago.

Rupert Wyatt is a newcomer director who offers deft touches, primarily the slow buildup of emerging emotions and human-like understanding of Caesar and the other apes held captive by ruthless (and stupid) animal-control officers. I actually think this method may not sit very well with many audience members in the ADD era, as seemed evident in the theater where Dan and I saw this. One person even inappropriately laughed when the life drained out of one of the key ape's eyes.

The music (not nearly as great as that of the 1968 original, but still really effective), the homage to Charleton Heston that one must be quick to catch, and the human and deep humanity of the monkeys are just a few of the elements that make this a very worthy introduction to a series of movies set for release as prequels to the '68 classic.

James Franco also does a good job as a driven San Francisco scientist who has committed his life to finding a cure for Alzheimer's disease, which has ravaged his father, played by John Lithgow. His story, and that of Slumdog Millionaire's Freida Pinto, is established strongly in the movie's first half, before the second half becomes devoted to the apes.

And I also like that the beginning of what appears to be a long-term war for supremacy between the two species does not dominate the movie and does not threaten to dampen the excellent character-building and socio-political setup that is sure to be a focus of future installments in this series. It will be interesting to see how the series creators will reconcile how Rise of the Planet of the Apes ends with how 1968's Planet of the Apes begins, when a nuclear bomb has killed off most humans.

There is already talk that Andy Serkis, who played Gollum in The Lord of the Rings trilogy and plays Caesar here, could be up for an Academy Award. That should tell you just how touching and vital the revolutionary ape's performance is, whether he is nominated or not.

Email ThisBlogThis!Share to TwitterShare to FacebookShare to Pinterest
Labels: Andy Serkis, Charleston Heston, James Franco, John Lithgow, Mark Wahlberg, Movies, Planet of the Apes, Rise of the Planet of the Apes, Science Fiction, Slumdog Millionaire, The Lord of the Rings 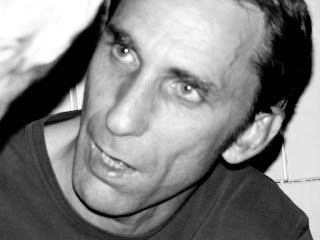 I would consider Will Self one of my favorite contemporary authors. And that's saying quite a bit, since I've only read one of his books. But that book, Great Apes, is a blast of everything Self is about: shocking people, telling tales of English life, and a little bit of science fiction and fantasy to tell a tale in which chimps and humans switch places.

So it seems high time I read more Self. I bought his collection, The Undivided Self: Selected Stories, and dove right into the first of what will surely be several wild stories: "The Rock of Crack as Big as the Ritz."

The story opens with a guy named Tembe saying he's smoking the rock of the aforementioned title. Around this time, his older brother Danny is coming home from Desert Storm to take care of his old uncle in south London. But while living with Tembe in squalor, Danny comes upon an unexpected find. He locates some crack cocaine in one of the walls. The he locates some more. Then more. Then more. Nearly every wall is packed full. He doesn't do the stuff himself, so he decides to keep the source secret and have Tembe do the dirty dealing to make them both money.

Not much really happens in this story, but it's still a pretty poignant glimpse of how sordid, sad, and delusional the crack scene is, and it bodes well for the rest of this story collection.