Playin' Those Mind Games with Black Swan and Horrible Bosses 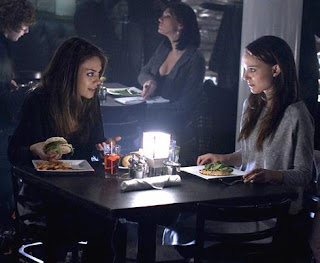 Shows you just how busy I've been at the UN climate talks in Durban, South Africa for the past two weeks: I haven't even reviewed the two movies I watched on the international red-eye over here.

One was excellent, and the other was a bit of a comedic let-down. First, the excellent.

Black Swan had been on my list for a while. Certainly not because of the ballerina plot line, but rather because two of my favorite actresses (Winona Ryder and Mila Kunis) star in it. And they don't disappoint, with Ryder as a washed-up superstar and Kunis as this generation's Winona Ryder (cute-and-dirty in the same package).

The psychological thriller watches the also-excellent and Academy Award-winner Natalie Portman fall into a tailspin as she tries to play both the white swan and the black swan in the upcoming production. The black part gives her fits, and her forceful director (the perfectly-cast Vincent Cassel) is just the tip of the iceberg of her problems.

Portman and Kunis trained hard to do a lot of their own ballet moves in the film, despite a controversy that flaired up from one of their body doubles saying they didn't do as many of the moves as the actresses said they did. Nevertheless, this is a film on par with some of Alfred Hitchcock's best. And Hitchcock being my favorite director, that's saying quite a lot. 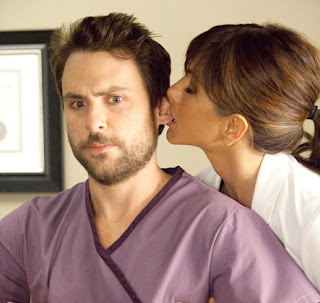 The second movie I watched on the plane also involved mind games, albeit of much-less-dramatic sort. The comedy Horrible Bosses doesn't always work, but it generally supplies a good time, and the cast is hard to beat.

Jason Bateman is tormented by his satanic corporate boss Kevin Spacey, who is at his ruthless best. Charlie Day plays nearly the same role he plays in It's Always Sunny in Philadelphia, which is fine, since that role is so hilarious. He is trying to keep his mind on his fiancee, but an over-the-top seductress boss by the name of Jennifer Anniston does her best to spoil his efforts. And Jason Sudeikis, who has never stood out for me on Saturday Night Live, is very solid as the good guy at a company with an uncaring, coke-snorting sleazeball of a boss.

Much as I love many of the actors here, the true star is Jamie Foxx, in a bit part as the gang's hitman they hire to off their three horrible bosses. Every line that comes out of his mouth is brilliant, and he actually saves this movie from becoming an unexpected stinker.

It took the director six years to make this film because of all types of production issues, and word is there's a sequel in the works. That may be the worst part about this movie, because this one would've probably been a good one to just let rest.