Tommy Stinson of Guns N' Roses and The Replacements: Rockin' the Suburbs 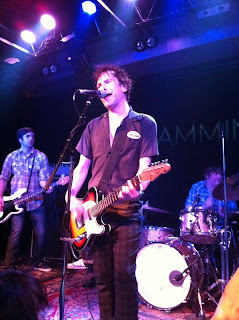 Last Friday night's Tommy Stinson show at Jammin' Java in Vienna, Virginia was surely one of the underrated shows that will happen in DC this year. With probably 80 people in attendance for great bar-band openers Trapper Schoepp and the Shades, the crowd had winnowed down to about 35 people by the time of the legendary headliner's encore.

Well, despite the strange choice of a suburban strip mall (even Tommy at one point asked, "Are we in Maryland or Virginia?") and the underwhelming crowd turnout, Stinson (who has also fronted great bands Bash & Pop and Perfect over the years) did not let down. He had also just arrived from Los Angeles after the funeral of a friend. He looked very rough when he walked onstage, but after a few coffee cups of what may have been straight vodka, he was looking plenty replenished by the end of the night.

With his wife on tambourine and backup vocals, he peeled through a great set list of his negative brand of club rockers: 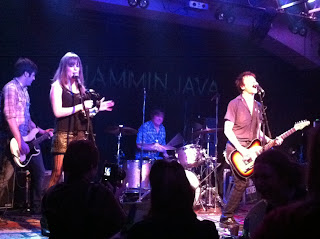 One Man Mutiny
Light of Day
A cover of Elvis and Carl Perkin's That's Alright Mama
Zero to Stupid
Match Made in Hell
Loose Ends
A couple of rowdy numbers I didn't know
Something's Wrong (very poppy and very Replacements-y)
Seize the Moment
Turn it Up, the incredible Perfect song
Destroy Me, the first song he ever wrote with his wife
All This Way for Nothing
Some other song I didn't know, leading into Motivation

My only complaint is that the band didn't play Fast and Hard, Hang Ups, Another Girl Another Planet, and Tiny Pieces. But all in all, a very special treat of a show.