Luray Caverns is a Virginia Treasure 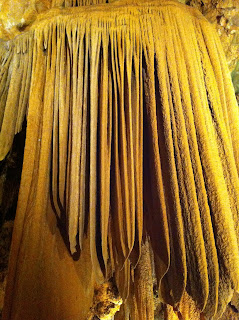 Growing up near St. Louis, we had close access to some of the best caves in the U.S.

Meramec Caverns in Missouri is known for its long, narrow steps down into its seven stories and is rumored to have been a stop on the Underground Railroad and a hideout for the Jesse James Gang.

Mammoth Cave in Kentucky is the longest cave in the world and was also a stop for slaves heading north in the 1800s.

So it was fun to have a cave-age child and stop in at an eastern cave, Luray Caverns near Skyline Drive in Virginia, on our way back from a family vacation at Wintergreen Resort.

Our young tour guide was excellent and he told us that no animals can survive in the cave. He also showed us the Stalacpipe Organ, which was set up over 3.5 acres of the cave and pings rocks throughout to get just the right sounds as part of the "world's largest instrument," according to the Guinness Book of World Records.

There's also the pretty sweet Luray Car and Carriage Caravan Museum on site that is free with the cavern ticket. Some of the highlights include a 1913 Stanley Steamer, an 1892 Benz, and Rudolph Valentino's 1925 Rolls Royce. 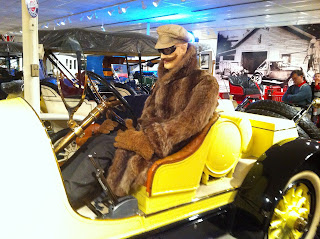 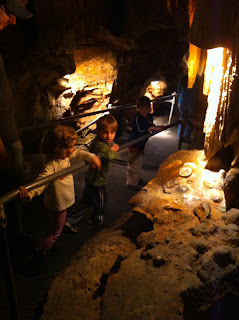