Hitchcock is Not Perfect, Which is Not an Easy Thing to Do 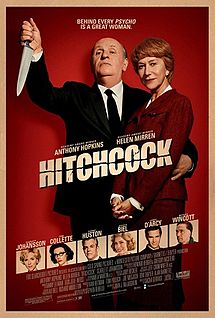 When I was a teen, I not only devoured just about all of Alfred Hitchcock's movies, but I read several biographies about the man himself and became convinced he's the greatest film director of all time.

So it's safe to say I've been waiting a long time for the new movie Hitchcock. His life was ripe with fascinating details and the fact that he is so awesomely funny in a particular British, snooty, yet knowing, way seems to make this an easy home run.

Problem is: the movie doesn't dig very deep into the man's story, so it can't help but be at least a little bit of a letdown for a die-hard like me. Nevertheless, it's difficult not to respect the filmmakers' decision to explore a limited bit of the director's life instead of its epic scope.

I had forgotten that his wife, Alma (played likably and sympathetically by Helen Mirren), was such a big part of his creative force. The focus on the period around Psycho, which I still think is his best film, is also a winning choice. And the explanation of Hitchcock's passion and influence behind the production, the true story of Wisconsin sicko murderer Ed Gein, is interesting.

Anthony Hopkins should be a strong contender for lead actor. My only complaint is that his mouth and eyes make him look more like Hannibal Lecter than the basset-hound like Hitchcock. That said, Hopkins is just plain brilliant. 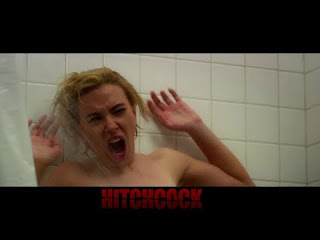 Two of the most memorable scenes are when he goes the extra directorial step to make Scarlett Johansson look terrified in her shower scene and when he proudly views the audience's faces as they light up with horror on opening night.

That's why the limited interaction between Hitchcock and Anthony Perkins, Janet Leigh, and Vera Miles behind the scenes is a part that the movie leaves a little too under-explored. When those interactions occur, it is spellbinding.

The movie no doubt wins most people over by the end, but a certain un-Hitchcockian mixed bag of suspense makes it difficult to call this movie perfect. And, with my bias, being less than perfect for Hitchcock is not an easy thing to do.