Where Does Lincoln Fall Among Spielberg's Best Movies? 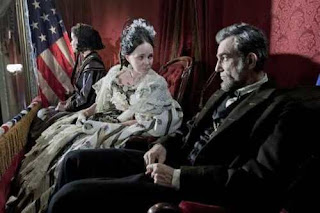 It's no stretch to admit that Lincoln is one of the best movies of 2012. And it focuses on one of the most important stories - the battle over the 13th Amendment - from all of American history.

But where Django Unchained, for example, is a relentlessly entertaining take on the battle over slavery, Lincoln feels more like something quite a bit drier, something produced for The History Channel. Something very serious, but a little less entertaining.

Daniel Day Lewis no doubt deserves the best actor award. Every word and story that comes out of his mouth as Honest Abe is mesmerizing.

Tommy Lee Jones, Sally Field, James Spader, and Joseph Gordon-Levitt are each perfect for their roles. But in just two-and-a-half hours, there is really not enough room for any of them to become knowable or deep characters. It's a shame, and it shows how Lincoln's story really is more suited for a TV miniseries (or series) than for the silver screen.

So where does it fall into the pantheon of Steven Spielberg movies?

What do you think? Is this the same order of your favorite Spielberg-related flicks?