Minneapolis Treats Me Well Again, From the Mall of America to Westerberg 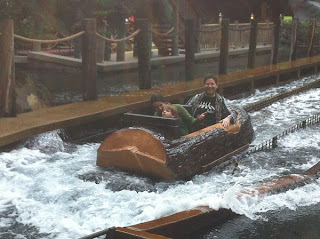 The family just returned from a kid-focused weekend in Minneapolis to visit our old friends/cousins/drummers Paula and Harlan, and their 2-year-old Davis.

I had never been to the Mall of America, and we headed straight there from the airport. If you have a 5-year-old, and it's snowy with not much else to do, it's really tough to beat the low prices of the rides in the amusement park at the famous shopping center. The park is mammoth, and the mall itself supposedly is big enough to hold seven Yankee Stadiums.

Jackson takes after me in loving the log flume the most of any amusement park rides. 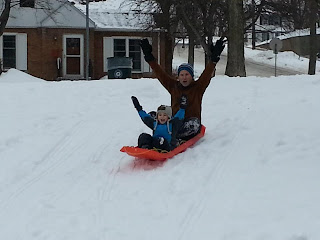 Then, except for one night out at a tasty restaurant and local-character-filled tavern, it was mostly more of a kids weekend. As these photos display, there was snow on the ground when we arrived and more fell while we were there. It made for some of the most perfect sledding and snowman-making I've experienced in decades.

And, along with going to look at many of the haunts from my mom's childhood growing up in Edina (just southwest of downtown Minneapolis), I got this photo outside of legendary rocker Paul Westerberg's house. He lives about a mile from Paula and Harlan. 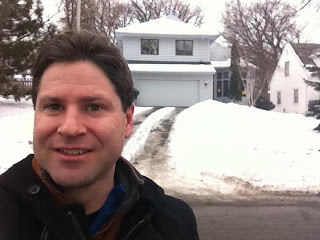 And I'm pretty sure it was his wife, author Laurie Lindeen, who looked out the window right after I snapped this photo. I felt a little bit like a stalker and feel that way even more after reading her blog about some teenage girls who once violated her privacy to see her rock star husband. But c'mon, this guy is one of the top 10 rock stars of all time, I had to get a picture of his house.


I really love Minneapolis and think it's one of the few cities where I would want to live in the U.S. besides D.C.

Things to do next time I visit? Perhaps see more of little Davis' future school. It's incredibly the same one that my mom attended years ago. And also see Prince's house, although that's a long shot since it's way out in the 'burbs. 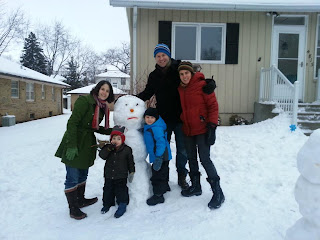 And, according to this list of my favorite things about Minneapolis (Westerberg's former band The Replacements ranks as #1), there are a lot of other things I still need to check off my list. 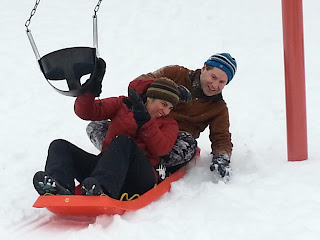