Need Some Cale? Read My Letter Printed in Magnet Magazine 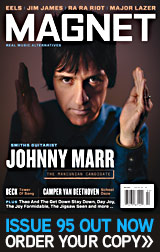 For the third time in the past year, my favorite music magazine has published a letter from me. The letters don't appear on Magnet's website, but I opened it up at my mailbox today and found my screed about John Cale of the Velvet Underground.

Thanks so much for having "A Conversation with John Cale." What a breathe of fresh air from all the other "old rockers" who appear on the pages of Rolling Stone and other music magazines.

Ever since soon after the moment in the 1980s when I heard my older brother's copy of New Sensations by Lou Reed (still way underrated, despite the dink-pop elements), I have included the Velvet Underground in my pantheon of favorites. But despite digging deep into Lou Reed's unstoppable catalog, I had never given his former bandmate Calemuch of a chance until this past year. And now I can't stop listening. 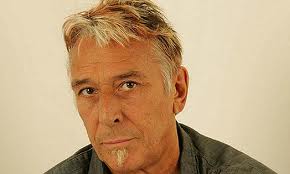 How in the world has he floated relatively under-the-radar for so long? Perhaps he drifts too far into proggy Emerson, Lake, and Palmer territory from time to time, but my god, this man has so much incredible music! I keep being floored by song after song in his extremely diverse catalog. Sometimes he's like the best Of Montreal, often like David Byrne, and always powerfully creative and with hooks galore spread throughout his avant-garde stylings.

There is literally something for everyone with Cale. With the added benefit of having tons of great new material, something that is highly debatable with the likes of Neil Young, the Rolling Stones, and Bob Dylan.
Posted by Pop Culture Lunch Box at 11:36 PM