Argo Was Truly the Best Movie of 2012 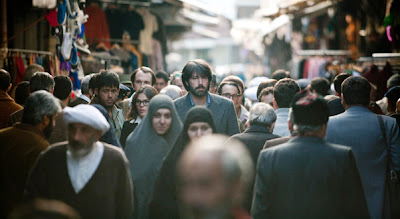 I admittedly haven't seen Ang Lee's Academy-Award-winning Life of Pi, but it's a crime that Ben Affleck didn't win the Oscar for best director for Argo.

Affleck is clearly a student of film. And the student has now turned master. The heartbreaking Star Wars characters and Hardy Boys books on the bedroom shelves of Affleck's son in the film. The classical music touches all the way from the Hitchcock ending-credits tune to perfectly placed classic rock like "Dance the Night Away" by Van Halen and "When the Levee Breaks" by Led Zeppelin. The incredible pacing and tightly wound suspense in general.

The plot is based on a true story (almost unbelievable that it isn't fiction) in which six Americans escape from the U.S. embassy in Tehran, Iran as it is overrun by anti-Americans. This is set in 1979 as Iran is experiencing serious growing pains in its transition from a near-democratic state into a religious dictatorship. The more well-known hostage crisis is happening at the same time that CIA agent Affleck is creating a movie called Argo (based off a moment when he is talking to his son on the phone while they both watch Return to the Planet of Apes on their respective TVs) that will serve as the plot for rescuing the six non-official American hostages.

That it took 33 years for someone to make such a great account of the hostage crisis is amazing and perhaps a sad statement on the creativity of humanity(!) But that's going awfully negative. There is nothing negative to say about this film.