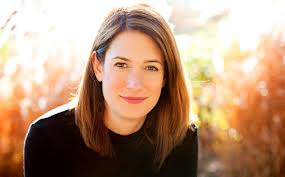 It's excellent fiction, and the kind of T.C. Boyle-like breezy, quick-read storytelling (as opposed to that of more difficult scribes like David Foster Wallace or Don DeLillo) that I increasingly find myself drawn to at the point in my life when I'm raising one kid and have another on the way and have less time to read.

I suppose to truly conserve time, I could have waited for the movie, which is set to be produced by Reese Witherspoon's film company. But this was well worth reading ahead of time.

Nick and Amy Dunne are writers in New York City who lose their jobs and have to move back to Nick's hometown not far from Hannibal and St. Louis, Missouri. Their marriage begins to show major cracks until Amy suddenly disappears and Nick becomes the focal point of a homicide investigation.

The trick of making the story alternately narrated by Nick and Amy provides the suspense, as the reader doesn't know whose conflicting story to trust. But both are tremendously well fleshed-out characters. Gone Girl is an innovative who-done-it crime mystery.