Danny McBride Saves the World in This Is the End 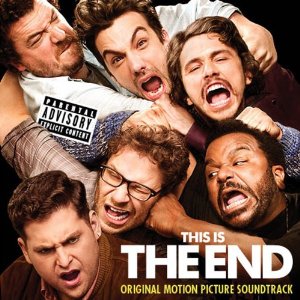 It's been a while since I've watched Danny McBride's HBO masterpiece Eastbound and Down, so the new film, This Is the End, turned out to be a real treat for me.

McBride steals the show in a show with lots of comic actors who could have done so. Seth Rogen, James Franco, Craig Robinson, Jonah Hill, and Jay Baruchel each have their moments, even if they have less-consistent barrages of funny lines than McBride.

Nobody is as funny as him, the uninvited outcast of a party being held at the real Franco's house when, all of a sudden, the world ends for most of the people on the planet. That is, except for these boneheads, who take self-deprecation and celebrity egocentricity to a new level.

Many of these actors were in the very-good Pineapple Express, and This Is the End turns out to be a bit of a sequel, with several inside jokes and a storyline based on that movie about Rogen and Franco on a wild drug trip.

The wacky, world-ending premise surprisingly doesn't take anything away from the movie, which is satisfying, often hilarious (most often thanks to McBride), and even probably a bit better than Pineapple Express.