Are the Critics Hustling Us on American Hustle? 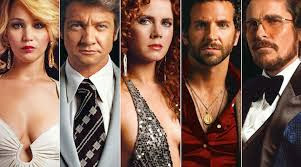 American Hustle gets a 94 percent positive rating on the Rotten Tomatoes website, but I can't agree that it's really that great.

Christian Bale as a chubby hustler and his girl played by Amy Adams build exceptional character studies. Bradley Cooper as an FBI agent, Jennifer Lawrence as Bale's dumb-ish wife, and Jeremy Renner as the mayor of Camden, New Jersey turn in performances that are almost as good.

The problem is that the plot meanders along and the hustle the group plans isn't all that interesting. Perhaps that's because it's loosely based on the Abscam FBI investigation of the late 70s in which several prominent politicians actually did go to jail.

A little more fiction or creativity might have made this movie better. It seems to aspire to a Pulp Fiction kind of noir, but it lacks the twists and humor to pull it off.

All that said, this is an enjoyable film. Just keep your expectations in check heading into the theater.