More Stephen King Sequels Like Doctor Sleep Would be Welcome 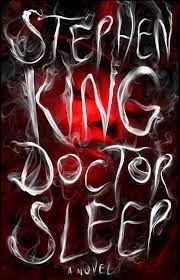 When Stephen King is at his very best (The Stand, Night Shift, IT), there is arguably no better storyteller in the world.

Even when he is not quite at his best, like in his new sequel to The Shining, the storytelling keeps the reader on edge and turning King’s many, many pages rapidly.

Doctor Sleep is the tale of young Danny Torrance, now all grown up but still dealing with the grisly remains of his early life at the Overlook Hotel in Colorado, where dad Jack went bonkers and killed everything he could get his hands on.

Danny still has something called “the shining” in which he can do fantastical things in coordination with other people around the world who also have various degrees of the shining.

I really enjoyed the human-drama aspect of the novel’s first half as Danny tries to overcome the alcoholism that is leading him down a road of blackouts, unsafe sex, and general self-destruction. When he takes a bus to a random town in New England, he begins to better manage his troubles as he meets some friends and works in a hospice where he is given the nickname “Doctor Sleep” because of his powers to help people on their deathbeds cross over to the other side. 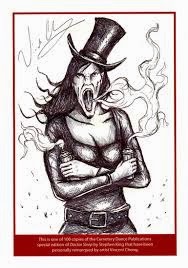 Then he starts getting shining visions of a girl named Abra Stone who is in trouble because of her own very-powerful shining powers. This half of the novel is not quite as convincing and the book tails off a bit at the end. However, the concept and some of the character development are interesting. The True Knot is a group of zombie/vampires that appear to others as shlumpy RV travelers, with a powerful and sexy leader named Rose the Hat. She needs to find certain children like Abra to torture in order to get the “steam” her cult needs to literally survive forever.

Doctor Sleep definitely adds luster to King’s long-ago solidified legacy. In fact, it would be great to see more sequels of several of his other early novels that I loved so much as a teenager.

Great Songs Remain, But Magic is Gone From Pixies 2014 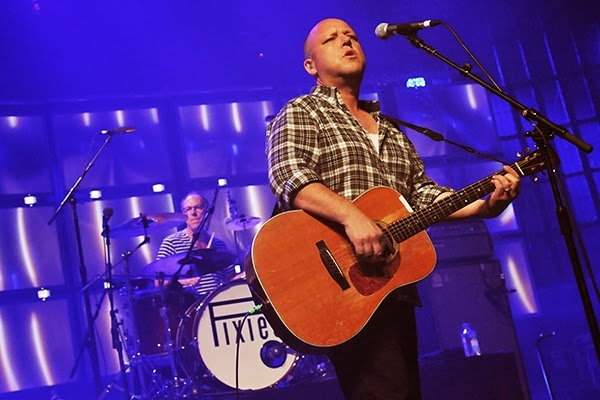 The Pixies have now been on their reunion tour for longer than they were initially together in the late 80s and early 90s.

And while I wasn’t around to witness the first iteration of the band (I did see some great mid-90s Frank Black solo shows however), I’ve been front-and-center for the new Pixies, seeing them at New York’s Bowery Ballroom in 2004 and D.C.’s Constitution Hall in 2009.

The first show was kind of a mess, but the 2009 one was a 5-star classic. Sunday night’s show at Strathmore – a beautiful, wood-paneled classical-music hall in North Bethesda that Rachel and I attended with friends Lori and Ahron – was back to being a mixed bag.

It would take a hardened cynic or a non-fan of the dark indie act to deny how tight and enjoyable the Pixies’ greatest-hits set has become. Two of my favorites were played right near the beginning of the 33-song set: Trompe Le Monde’s “U-Mass” (“it’s educational”) and “Wave of Mutilation.”

Other highlights included drummer David Loverling’s “La La Love You,” “Here Comes Your Man,” “Monkey Gone to Heaven,” “Where is My Mind?,” “Crackity Jones,” and “Debaser.”

And while the songs were tight, there was almost no discernible hop in the three long-time members’ steps.

Kim Deal, perhaps mine (and everyone’s) favorite Pixie, has recently left the band. Nobody knows exactly under what circumstances, but I’ll assume they weren’t amicable. Arguably the band’s best song, the Deal-penned “Gigantic,” was not played. New bassist Paz Lenchantin, formerly of Billy Corgan’s post-Pumpkins band Zwan, offered backing vocals that serviceably filled in for the gigantic shoes of Deal, and she showed more enthusiasm than all the band members together.

But the subtraction of Kim Deal (combined with the endless chug of reunion cash-grab through over-priced merchandise and concert tickets) just made it feel like Pixies ’14 has lost much of that old magic.

Posted by Pop Culture Lunch Box at 8:06 AM No comments:

Catch Me on VOA TV for Martin Luther King Day


It was fun to go pick up trash at Fort Dupont Park, one of the key civil-war defense posts in Anacostia (SE DC). Giving back to society and teaching my son (and kinda, my baby) the values of service to community and helping others.

But I guess it's extra nice that our Martin Luther King Jr. clean-up event with Student Conservation Association was covered in the media. I was interviewed (and Rachel, Jackson, and Zoey are spotted with their "trash grabbers" as well) by Voice of America TV.

A little odd that they interviewed me instead of the many diverse students lending a hand, but it is a pretty nice segment.

Posted by Pop Culture Lunch Box at 3:10 PM No comments:

Where Are All the Good Spies? 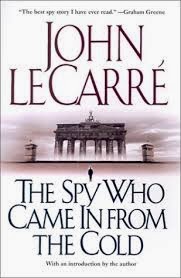 For some strange reason, I've never been much into spy stories. I've seen very few James Bond films. I've read none of Ian Fleming's novels. I'm not even overly curious about all the recent NSA news.

There have been exceptions, mostly in the movie medium. I like some of the Jack Ryan stuff, of course Alfred Hitchcock's spy-related flicks like Notorious and The 39 Steps, and anything out of Austin Powers' mouth.

So I gave a more serious, Kafka-like novel a try. The Spy Who Came in From the Cold by John Le Carre is widely considered a gem of the genre. It's about British agent Leamus, who falls in a kind of love with a librarian while stationed in Germany. He is then tugged in various directions around Europe by shady and often unseemly characters. It does not end well for several of the players.

The bleakness and lack of character development makes the novel suffer for me, although it does a good job of placing the reader deeply into the world of what it must have been like to be a spy in the middle of the 20th century.

If anyone has any better spy recommendations, I'm willing to give a few more books or novels a shot.

The Bling Ring is the Most Vacuous Film of 2013 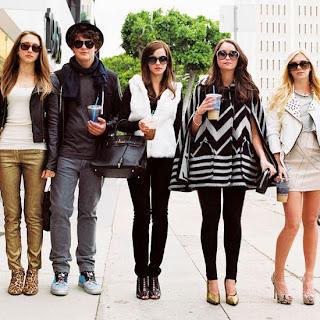 Seeking the “most vacuous movie of 2013?” Look no further than The Bling Ring, about a group of lost high-schoolers that breaks into the celebrity mansions of Paris Hilton, Lindsay Lohan, Orlando Bloom, and others.

The film is based on a true story captured as a feature in Vanity Fair magazine. I suspect it would have been more enjoyable in that format, but thankfully the movie version is relatively short.

And it's only 90 minutes for a reason. There just wasn't really much there. None of the characters seem to have anything interesting about them or back stories that warrant the movie treatment.

It’s surprising that Sophia Coppola decided to showcase these losers, and it’s definitely surprising she didn’t dig up more dirt to flesh out the story. But it’s also possible she wanted to simply show how narcissistic these people are as a statement on today’s TMZ culture in the U.S.

All that said, The Bling Ring is a significant fall from grace from the way Coppola started out her directing career, with The Virgin Suicides and Lost in Translation.