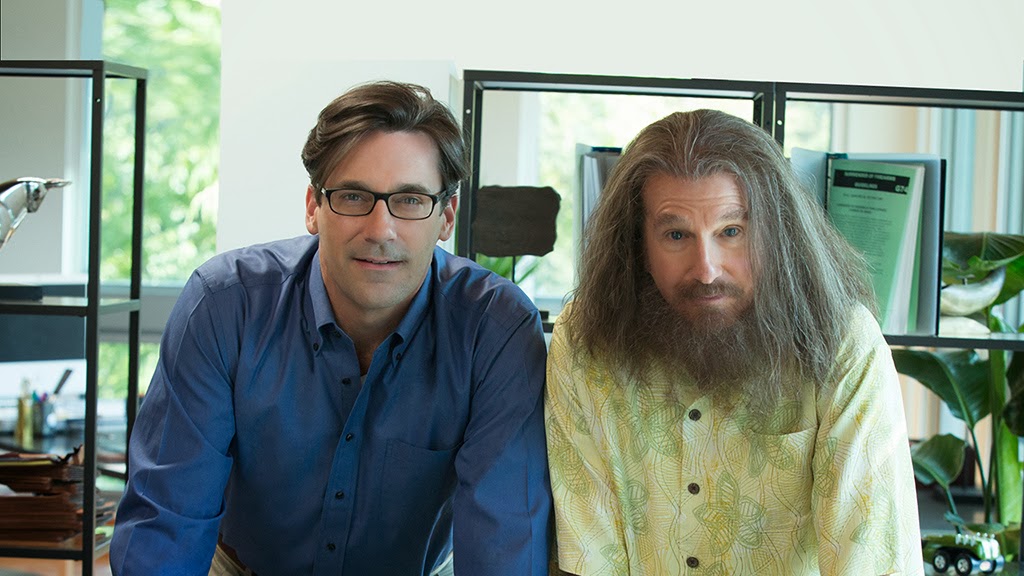 In HBO's Clear History, Larry David behaves exactly as he does in his brilliant Curb Your Enthusiasm show.

He plays an advertising guru of sorts named Nathan Flomm who opens his opinionated big mouth one too many times and gets fired by his boss, played by Jon Hamm.

Hamm’s company creates the Howard, a car that Flomm thinks will be a grand failure. He’s wrong, and Flomm becomes a national laughingstock for missing out on what would have been a huge payday.

Hamm plays it straight, but Clear History is dotted with hilarious performances, led by David.  The always-lovably-ridiculous Danny McBride plays Flomm’s best friend in his new life in Martha’s Vineyard. Bill Hader and Michael Keaton play a couple of local yokels, Kate Hudson is steady as Flomm’s love interest, and J.B. Smoove is wack as usual.

Perhaps my favorite thing about the movie is how 70s yacht rockers Chicago fill the soundtrack throughout, and also play a role in pulling the entire plot together.

For fans of Curb Your Enthusiasm, there is no going wrong with Clear History.