Y: The Last Man Captures All of Humanity in One Epic Graphic Novel 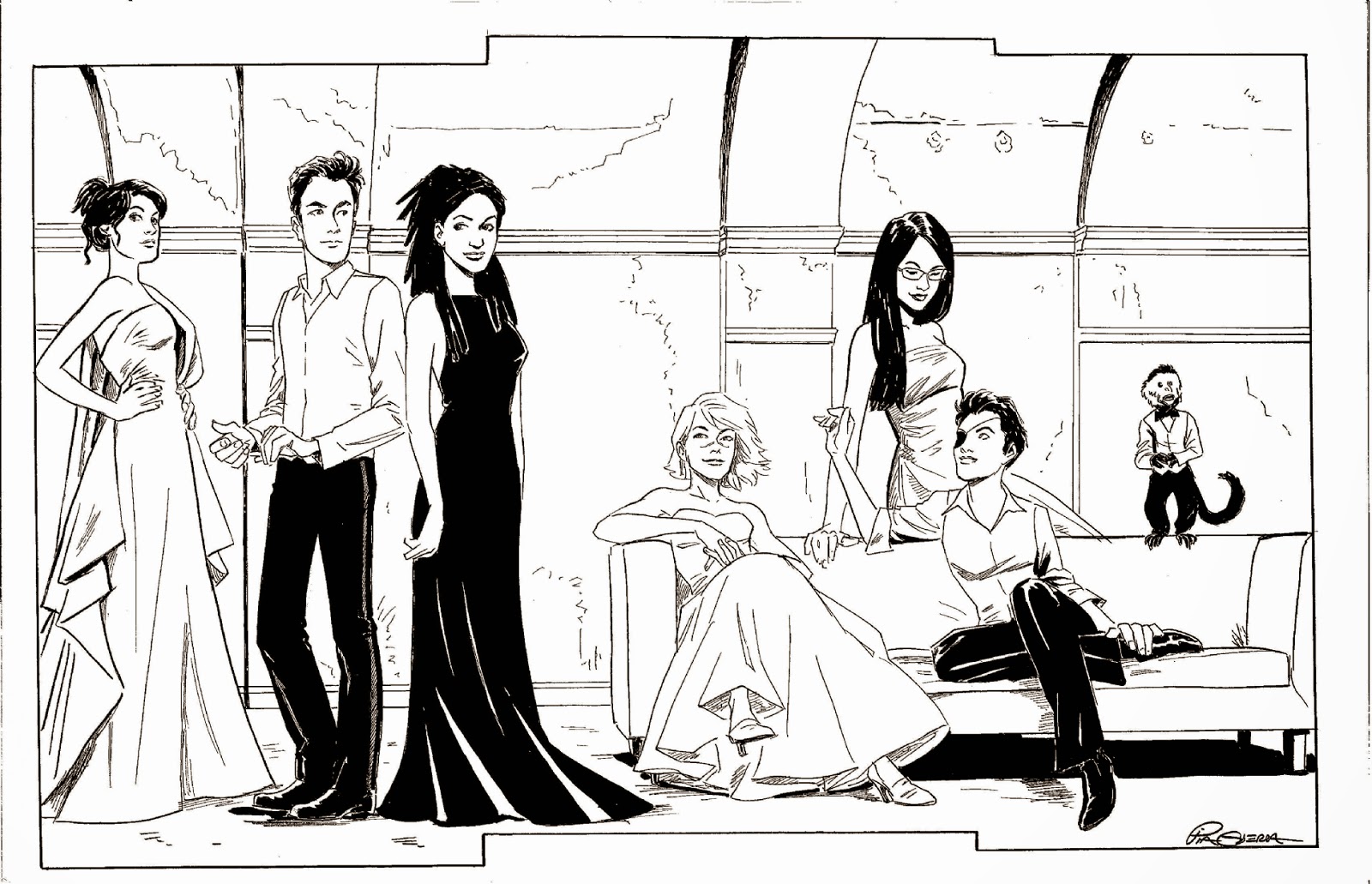 I still have a lot of work to do to make it through the long list of graphic novels I want to read. But Y: The Last Man, the 10 volumes of which I just completed, is the best one I’ve read and will probably be impossible to top.

It has it all: a monkey-infused plotline, lots of love triangles, globe hopping, political intrigue, examinations of major social issues, humor, and, of course, the apocalypse.

Or, rather, half an apocalypse? As the title implies, A 22-year-old man named Yorick Brown is the last man on Earth, and much of the books attempt to find out why this wiping out of all mammals with the “Y” chromosome has happened. Actually, Y’s travelling companion, Ampersand, is also a male, albeit of the monkey variety.

Yorick must travel secretly or risk the wrath of the many packs of women who are grappling with the loss of all males and, hence eventually, the end of the entire human race. Needless to say, many of these women are dangerous. 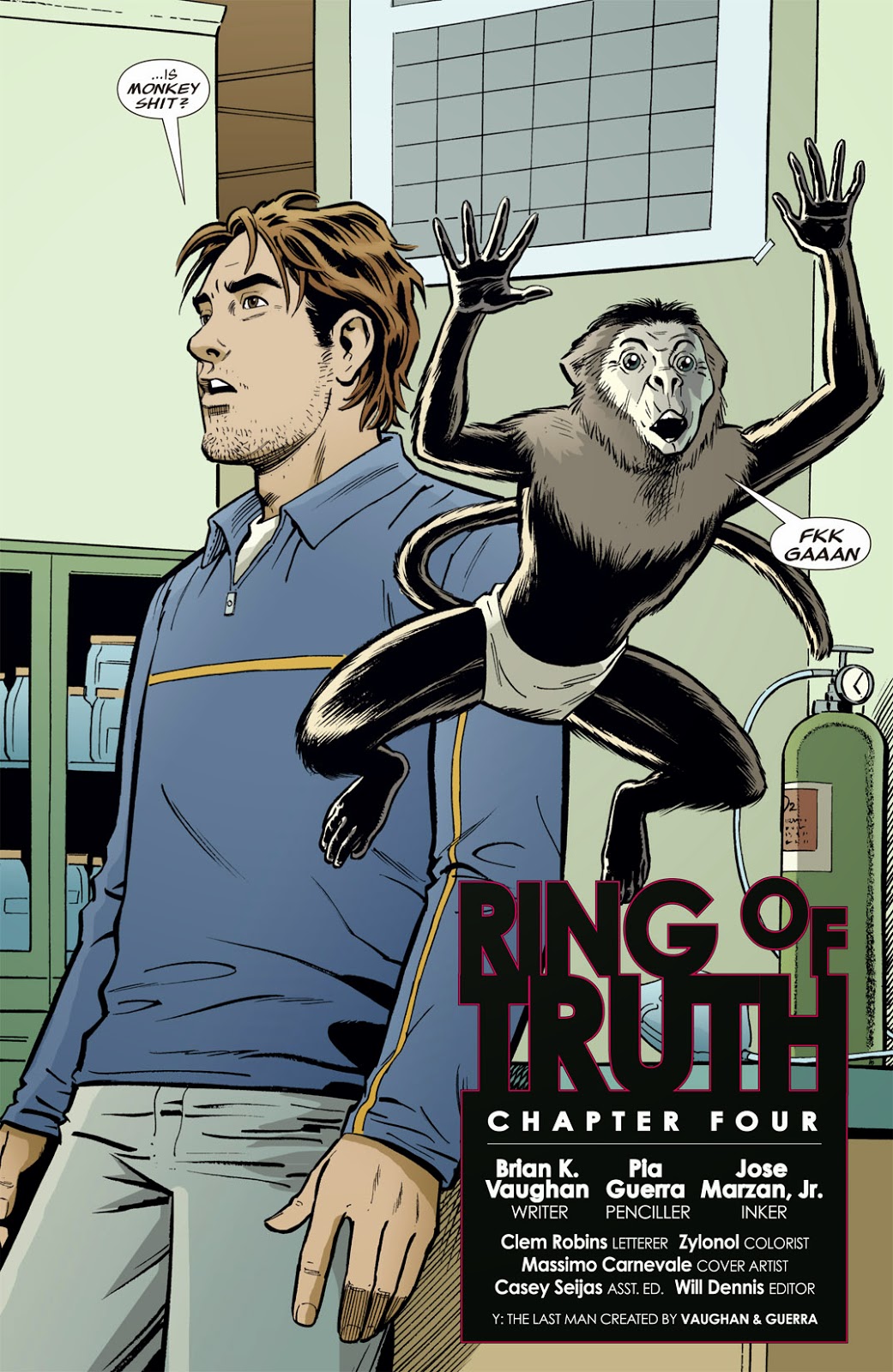 First Yorick leaves New York to get to his mother, a Congresswoman, in Washington D.C. He also meets with the new president, who assigns a beautiful dreadlocked agent, Agent 355, to protect him at all times. She takes him to Boston to meet Dr. Allison Mann, who will attempt to clone the last man. Meanwhile, his mother also tells an Israeli agent named Alter about Yorick, who continuously attempts to take him from 355’s clutches to use as leverage with her nation’s opponents.

Dr. Mann’s lab is destroyed in Boston and the three have to make their way to California to reach the backup lab. Their cross-country struggles take up a major portion of this epic.

The story goes international when a ninja named Toyota steals Ampersand and takes the monkey to Japan. Yorick, Dr. Mann, and 355 go there to retrieve him and stop along the way in Australia to look for Yorick’s beloved fiancée Beth. After many misses, they finally locate Beth in Paris and the two lovers try to get back to where they left off before the plague hit. But things are complicated when Yorick finally realizes he is deeply in love with 355.

The story unfortunately doesn’t end with quite the bang I had hoped for, but Dr. Mann’s experiments have worked, as we see in a flash-forward to 60 years in the future, when many clones of Yorick have been developed by the deceased Dr. Mann and the many clones she had successfully created of herself.

So good I want to read it again now. Apparently a TV or movie is in the works, but perhaps even better would be a new series of all the other events that have been left out of this magnum opus.