Mind Bending Among the High-School Cheerleaders


Being a reader of lots of classics and most recently a somber tale of laborious life in North Korea, it's necessary to break it up with some good old-fashioned trash every once in a while.

Dare Me by Megan Abbott is actually relatively high-minded writing and in many ways a psychological tour de force. Because it's billed as "Lord of the Flies cheerleader-style," it also qualifies as a trashy novel about high-school life.

The common-sense-stoked person in the video above describes the story well. I particularly like how she notes that Gillian Flynn of Gone Girl-fame recommends the book and that fans of the classic 80s movie "The Heathers" (ha) will approve. 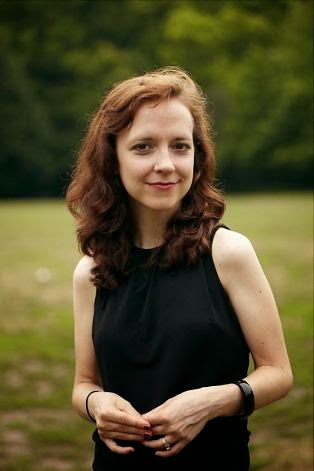 I'll contribute: Addy and Beth are leaders of the cheerleading squad and their BFF status comes under pressure when Beth becomes jealous of Addy's relationship with their young new coach named Colette. A very bad thing happens (actually, lots of bad things happen, soccer and tennis were never this interesting) that nearly unravels the team and certainly unravels the ties between Addy and Beth. The tables get turned again and again and Abbott (pictured) does a good job of keeping the reader on edge, uncomfortable, and in suspense of what will happen next throughout the nearly 300 pages of the novel.

There is a lot of cheerleading lingo and action that could be trimmed from the story, although Abbott is clearly using it to metaphorical effect and to describe the shifting mindset of the squad girls over the course of the novel. I'm not sure if this book would have been as brilliant without that lingo, but either way, this one is a keeper that will be tough to beat for "best cheerleader book, like, evah."