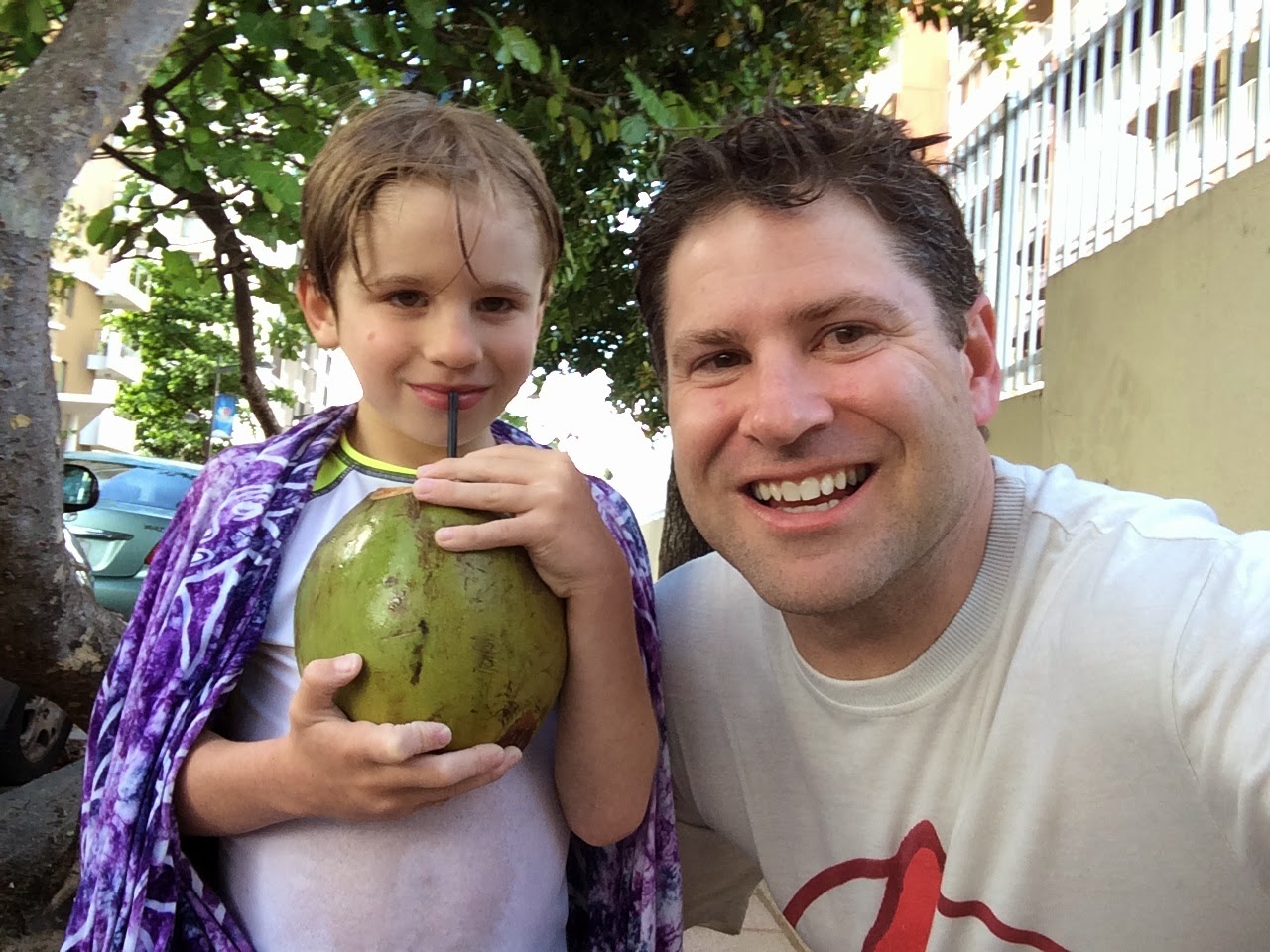 The family has just returned from our spring-break trip to Puerto Rico. And I'll recap it here over the next several days.
If you have little kids, I can't really think of a better Caribbean vacation spot than this island to the east of Jamaica, Cuba, Haiti, and the Dominican Republic. It was cheap to get to (free actually, for us, since we had Southwest Frequent Flyer Miles), fast (a direct flight from Baltimore of three-and-a-half hours), we didn't need passports (it's a U.S. territory), and features absolutely beautiful beaches and an adventure-lover's rainforest.
On Day 1, we arrived at Embassy Suites Hotel not far from the airport (chosen because we would have two rooms to put Zoey to sleep and be able to stay up in the other room). We threw our bags in the room, overlooking a great pool area, and went straight to Isla Verde's famed El Alambique Beach two blocks away. This was a beautiful two-mile-plus stretch of parties, people playing sports, nice surfable waves, windsurfers, and jet skiers. We grabbed burgers and piña coladas at a beachside joint then went out to work on Jackson's body surfing for a couple of hours. His promise at the sport earned him the coconut drink you see pictured. We headed back in time for Embassy's nightly happy hour and Jackson got in the pool in his full clothes.
For our first dinner in PR, I ordered sushi but walked in a downpour to the wrong place, where they told me I was a 30-minute walk from where I initially ordered. I called and cancelled the other order and got replacement sushi from this place. Felt bad. By the time I got back with the food, Jackson and Zoey had passed out.
Tomorrow will hopefully be a little better planned, at least in the food department.