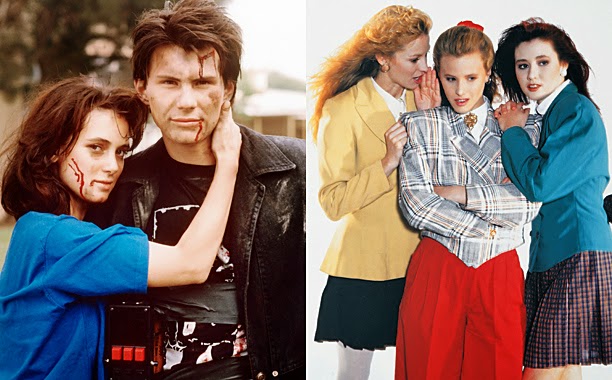 Heathers is one of my all-time favorite movies. I didn’t include it in my recent 60 Funniest Movies Ever, but it would no doubt be #1 in a similar list of dark comedies. It was released in 1989 to slim audiences but built a huge following through home release.

And the cult still grows. Here are the 10 most interesting nuggets from Entertainment Weekly’s recent oral history entitled The Original Mean Girls.