Boyhood Perfectly Captures Exactly What Ages 6 to 18 Are Like 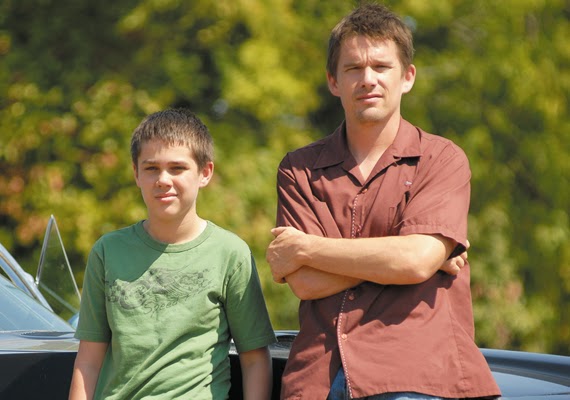 I saw Boyhood several weeks ago and never got around to blogging about it. But I just can't get it out of my head.

It's a beautiful film, and I'm pretty sure it will be my favorite of 2014. Following a boy in real life from age 6 to 18, Boyhood succeeds because it reminds us of the touchstones of our own lives growing up during those years. Nothing much happens. Everyday life unfolds. Minor occurrences seem major to a teenage boy, and to the other teens and other adults in his midst.

If you're a fan of director Richard Linklater's other classics like Dazed and Confused, School of Rock, Before Sunrise, Slacker, Fast Food Nation, and Bernie, then you will surely think this is brilliant.

Ethan Hawke, who continues to be one of Generation X's best movie actors, plays the dad to best-actor-worthy Ellar Coltrane (who plays Mason Jr. to Hawke's Senior). The way they age and adapt and bond to each other is simply what life is all about and in turn mesmerizing.

Linklater allegedly told Hawke that he would have to finish the 12-year project if he died. Another interesting sidenote is that the film was originally supposed to be called 12 Years, but then Linklater heard about 12 Years a Slave and changed it to Boyhood.