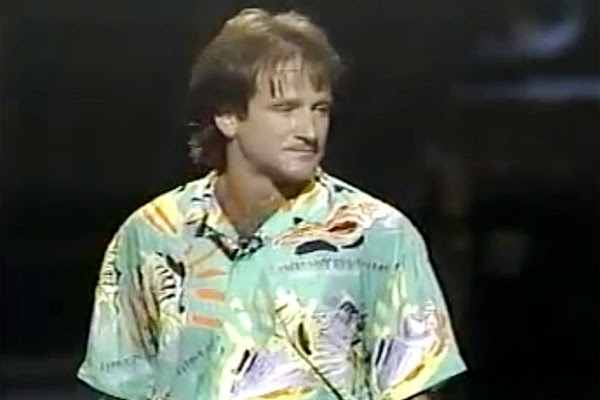 Robin Williams has supplied humor to the world in parallel to my own life. I was a kid when his beloved alien hit network TV. Mork and Mindy is my 61st favorite TV show of all time. I grew up into my teens as he nailed some of the wildest standup comedy you'll ever see. Good Morning, Vietnam is one of my favorite movies, although it is sorely missing from my list of 60 funniest movies and list of 90 favorite movies of all time.

R.I.P. Robin, and here are my favorite performances. The top five are true powerhouses.