Yes, We Could Get More Stupid, and Idiocracy Shows Us How 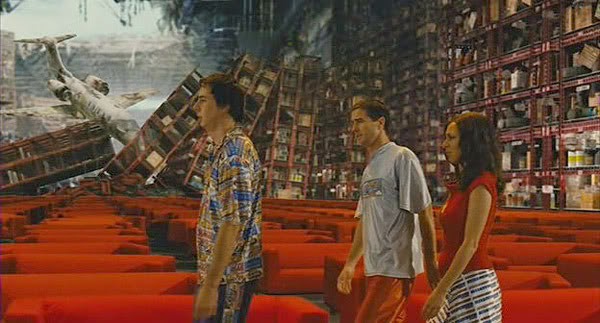 It's believed that Mike Judge's 2006 sci-fi comedy Idiocracy was released in far fewer theaters because of the way companies like Starbucks and Carl's Jr. were portrayed in it.

Fox, the distributor, allegedly didn't like that its advertisers were being treated unkindly. This is probably just one of many reasons to, even now, eight years later, watch the movie, which runs from time to time on cable TV.

I caught it on Comedy Central last night and thought it was hilarious. Luke Wilson and Maya Rudolph play an average soldier and a prostitute respectively who get shipped 500 years into the future in a military experiment gone awry.

Once there, they encounter an America that has seen its gene pool deteriorate to the point where nobody is literate and people sit on their toilet loungers watching TV shows that make today's reality television look like Lawrence of Arabia.

Someone could easily say Idiocracy is, like what the Washington Post called the musical comedy I wrote with Dan Sullivan called Wiener Sausage: The Musical!, "tasteless and popular." But you can't even really say that. Sure, it's tasteless, but not many people saw it. Over the years, it has built a cult following and is becoming relatively more popular.

But if you're a fan of other Judge offerings, like Beavis and Butt-Head, Office Space, and Extract, go quickly to your DVR to schedule Idiocracy.